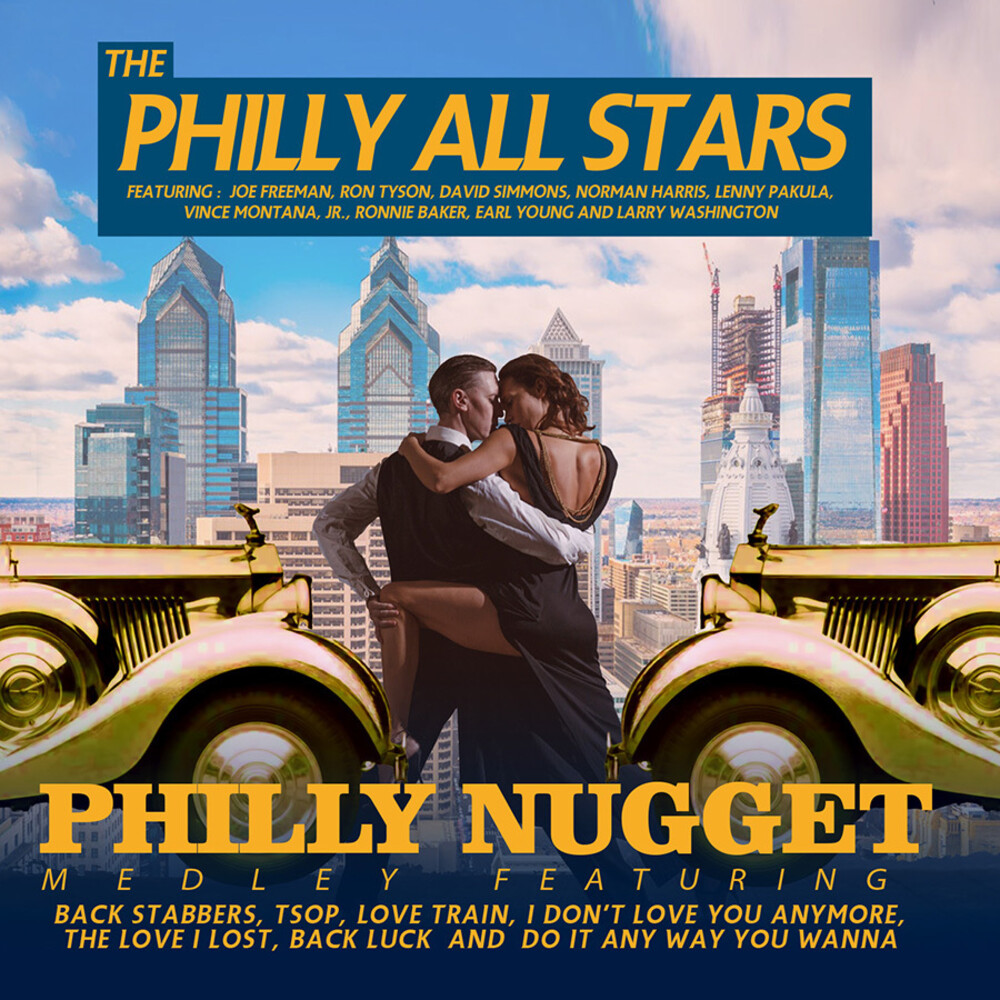 Presented here are the results of an amazing session that took place in 1981 at Virtue Sound Studios in Philadelphia that featured the cream of the crop of the City of Brotherly Love's soul/funk pioneers. The Philly All Stars were comprised of charter members of Kenny Gamble & Leon Huff's spectacular house rhythm section MFSB, featuring Norman Harris on guitar, Lenny Pakula on organ, Ronnie Baker on bass, Earl Young on drums, Larry Washington on congas and producer Vince Montana, Jr. On vibes. Handling the vocals are Joe Freeman, who was the lead singer with Philly soul band The Ethics and later with the disco group Love Committee; Ron Tyson, who was also with Freeman in Love Committee and went on to find fame with The Temptations; and David Simmons, the Philly soul singer who worked with Sister Sledge among others - and whose voice bears an uncanny resemblance to Teddy Pendergrass. The group performs an electrifying medley tying together seven classic slices of soul over a pile-driving funky disco beat that has been remixed for a whole new generation of fans by the musical mix-master oddity known as SanFranDisko.