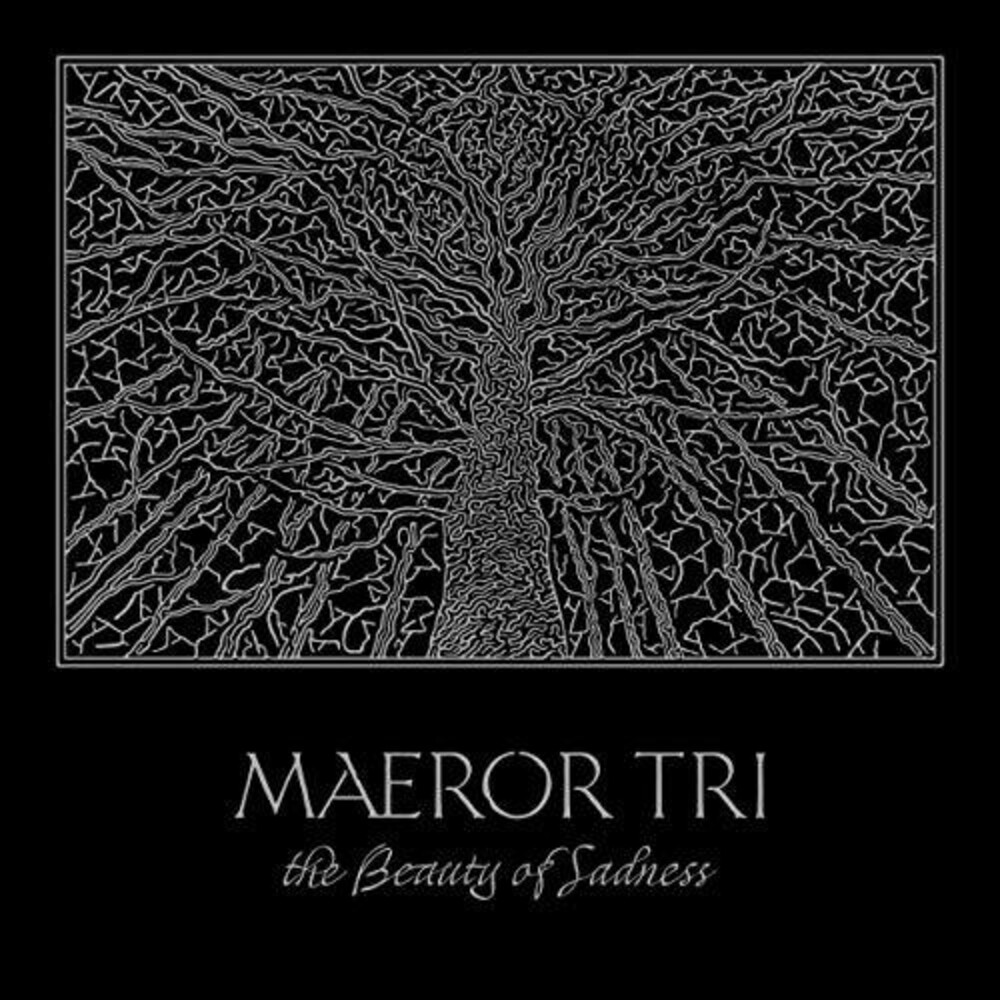 IFP's next step in re-publishing albums by drone-ambient heroes Maeror Tri. Obviously it would be redundant to introduce this legendary trio to you yet again. Over the seven years of it's existence, they have recorded genre-defining material that has lost none of it's relevance even after more than a quarter of a century.We are pleased to announce 'The Beauty of Sadness' - one of the band's most striking albums. An emotional, melancholy, sentimental, melodic drone ambient album, which can be considered a classic of the genre on a par with 'Myein'. You will search in vain for industrial or noise elements, as featured on the group's more heavy releases, herein the eponymous beauty and sadness reign supreme. This release comes highly recommended for any listener with only a passing interest in Drone-music, be it guitar- and electronic-basedRecorded between October 91 and September 93, 'The Beauty of Sadness' became the 11th full-length Maeror Tri tape, which was released in 1996 shortly before their breakup on the very peak of the group's strength. The bonus track 'Immersion in Emotion' was recorded around the same sessions as the album itself in October 1993, and first appeared on the video collection 'From the Hills of Dream'. 15 years have passed since the only CD reissue of the album on the Tantric Harmonies label, during which time the album has become a rarity, completely absent from the market, and one of the group's most sought-after albums.Our new version of 'The Beauty of Sadness' has been fully remastered in 2019 by Peter Andersson (raison d'etre) resulting in a literally shockingly improved sound experience, the erroneously added silent tracks from it's earlier CD incarnation have been deleted and the overall previously ubiquitous surface noise removed. The design has again been created especially for the album by the artist and designer from St. Petersburg Anton Bogdanov, the winner of the Hermitage competition, who previously worked on the reprints of 'Mind Reversal', 'Peak Experience', 'Venenum'.