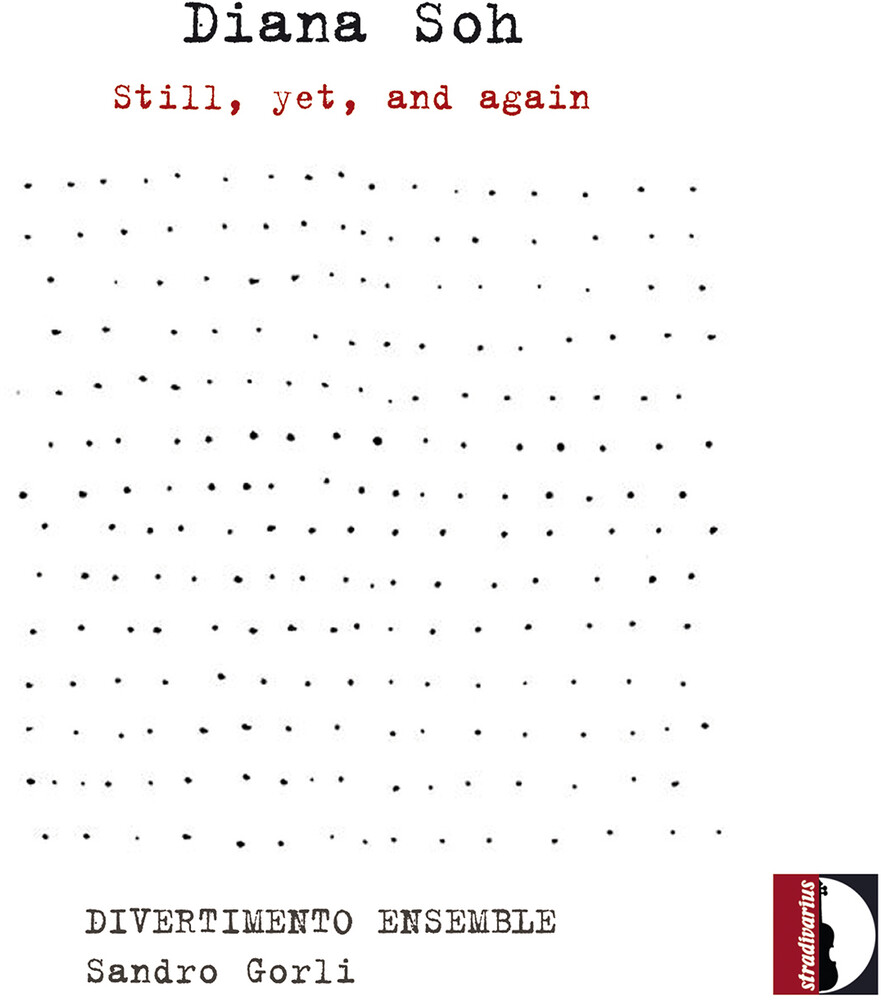 When listening to this album bringing together pieces composed between 2013 and 2019, one can only be dumbstruck by it's great stylistic homogeneity. Of course the fact that these works are all intended for an instrumental ensemble - 6 is seeming the favorite number of Diana Soh when it comes of the number of musicians who will appear on stage - provides a timbral unity. And of course the fact that all these pieces are played by the Divertimento Ensemble reinforces this acoustic identity. However, it is not only the sound surface that is homogenous, but also the musical writing itself. Even if the scores include sufficiently developed notation conventions for the performers, we quickly notice that the music is far from just being a debauchery of spectacular extended techniques. The composer certainly takes care to develop and elaborate a fairly rich palette: we note on the one hand that this palette is rather constant from one work to the other, and on the other hand that it is used above all to determine a lexicon of, what is ultimately a rather limited number of sound objects, which will then be combined in multiple fashion. The strong presence of noisy sounds far from exclude the attention paid to pitches and the harmonic consistency of the music. However, each of these works here in this collection confirms Diana Soh's predilection for a rhythmic language, as it is attached to the musical gesture and it's theatrical potential. The corollary of this strong rhythm is a tendency to neutralize the dimension of melodic discourse.