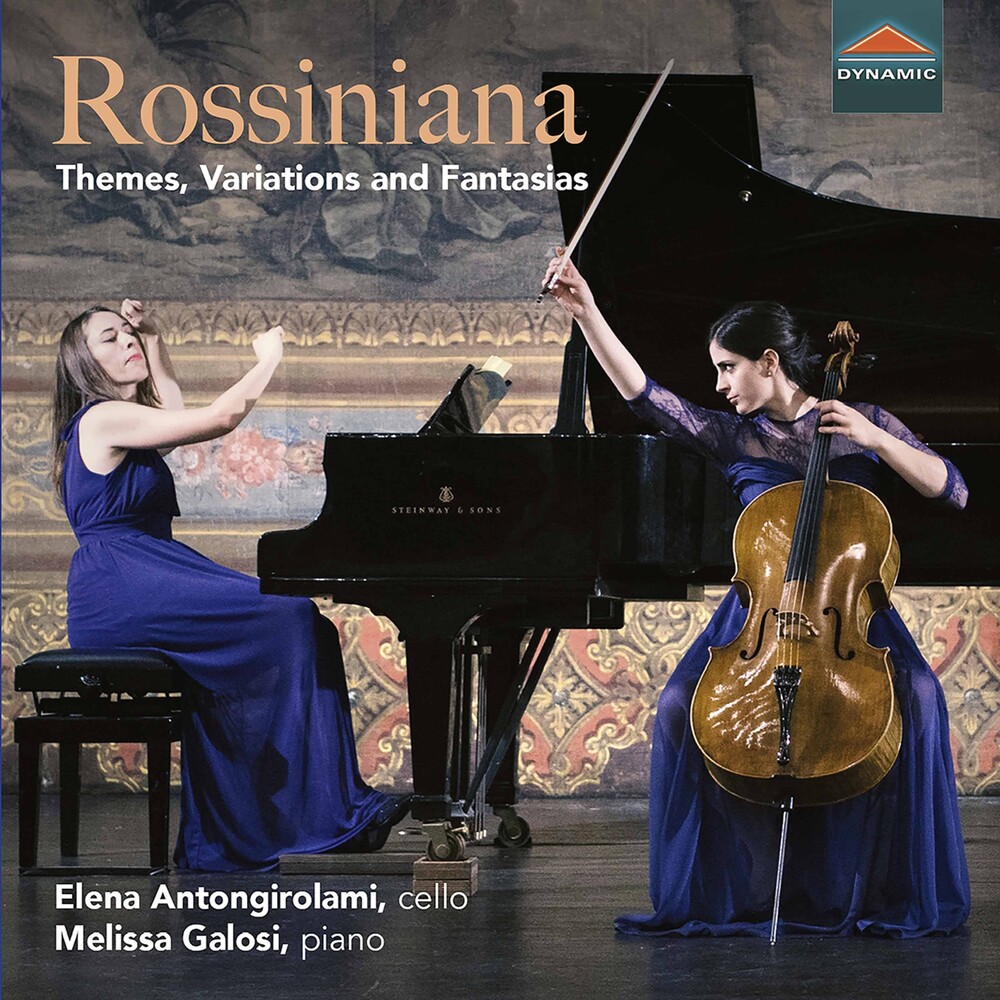 The dĂ©but album of duo Antongirolami-Galosi features a collection of works for cello and piano by and about Rossini as homage to the great heritage of the Maestro - who was also a skilled cellist - with whom they share the native region. The programme of this release includes themes, variations and fantasias on music composed by Rossini himself, including some less known chamber pieces, as well as music composed in the Rossinian style by 19th and 20th century composers. Antongirolami and Galosi have played in duo since 2013 and perform at various festivals in Italy.