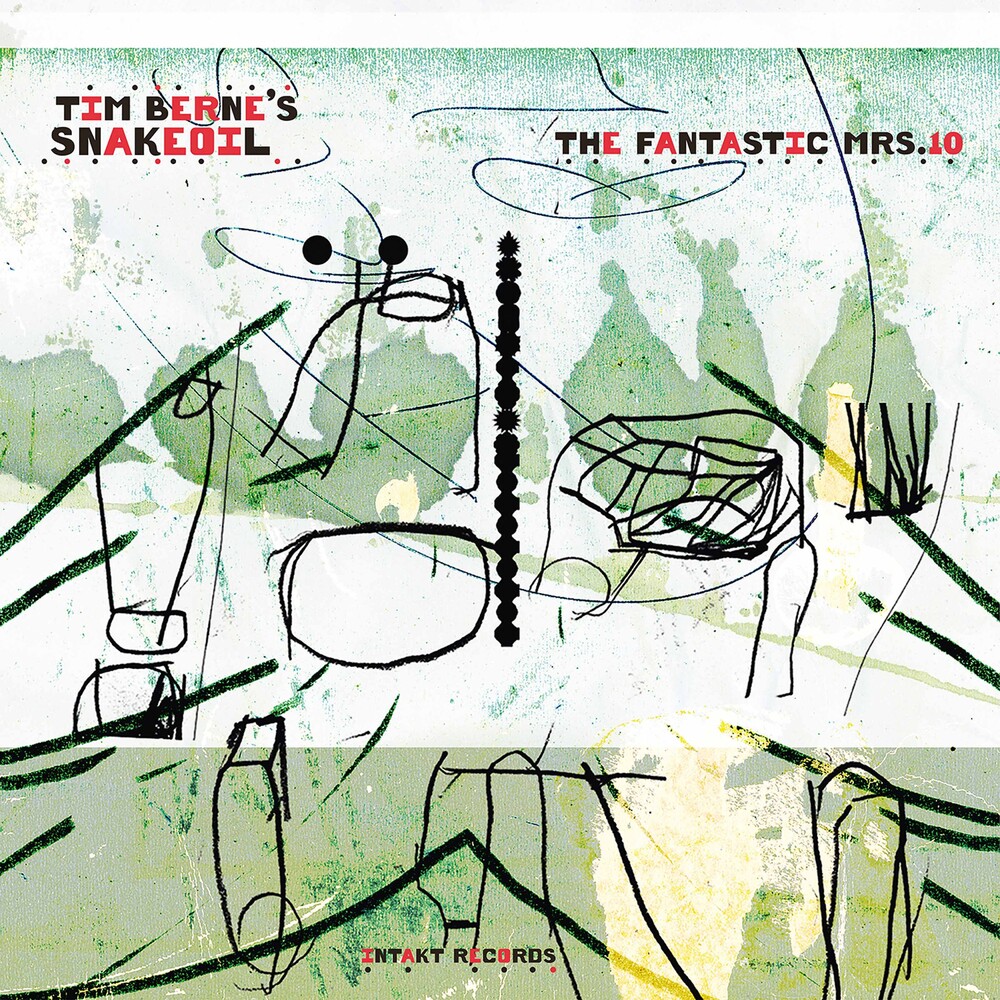 Tim Berne recorded for Intakt Records for the first time in 2019 as the saxophonist in Michael Formanek's Very Practical Trio with Mary Halvorson. Now the New York saxophonist, composer and bandleader presents a new album with his ensemble Snakeoil. After three albums this is the first Snakeoil record to be released on Intakt. The band balances the possibilities of composition, improvisation and the tonal possibilities of an acoustic and electric playing jazz band in an unmistakable way. The Fantastic Mrs.10 is one of Snakeoil's most mature and at the same time most edgy releases. Guitarist Marc Ducret joins the core quartet of Tim Berne, Matt Mitchell, Oscar Noriega and Ches Smith. The band's sound is also influenced by sound engineer and Berne's musician cohort David Torn, who completes the postproduction. Tim Berne says in the liner notes "I think this is the best one yet. That's a stupid thing to say, but it's kind of a culmination. Ches, Matt, Oscar - it's almost like we always forget what we did the last time out, and that's a really healthy amnesia. There's a dedication to moving ahead. They're truly into it, and it motivates me."