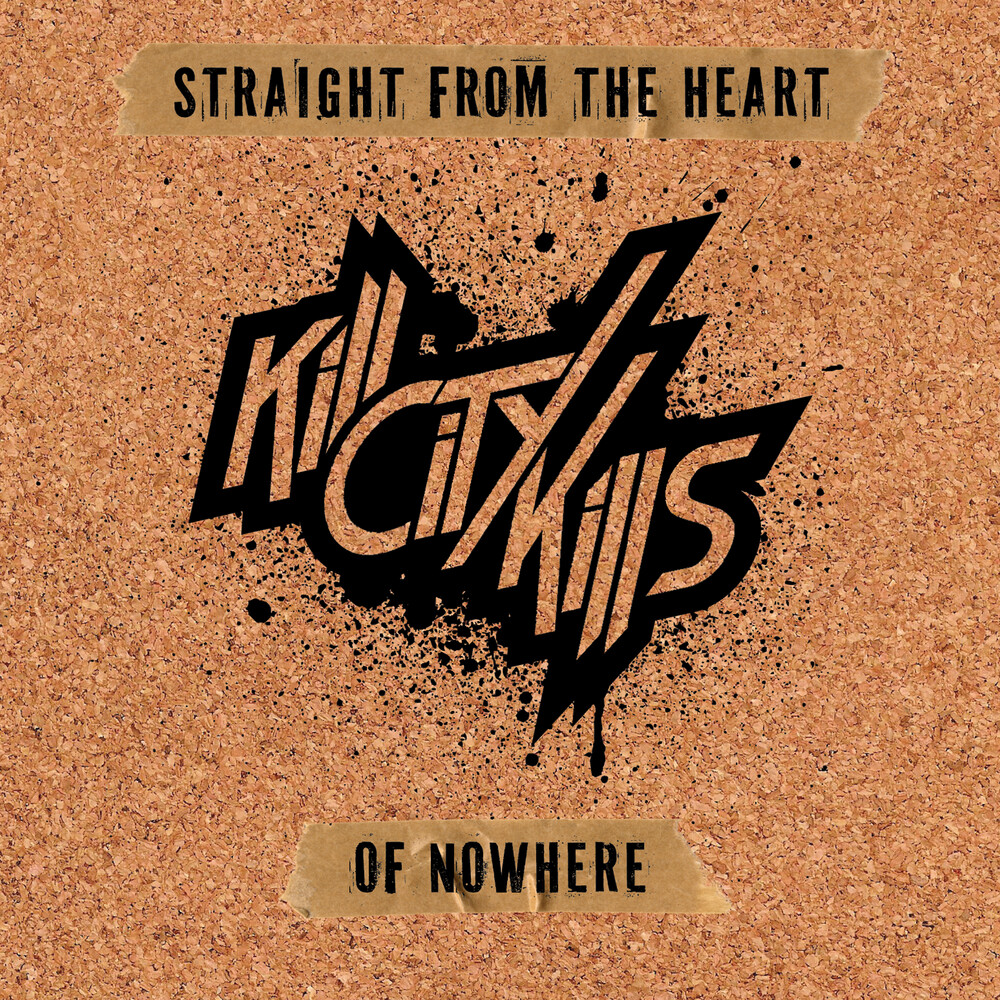 The EP Straight From The Heart Of Nowhere was self-produced and self-recorded by Russian metal group Kill City Kills and then mixed and mastered by Stacy O'Dell (USA) in 2018, now ready for worldwide release via Sliptrick Records. It contains the first 4 songs created by Ellis, Nikki and Andrew together as a band. The lyrics mostly focus on survival in a world of confusion, the rebel spirit, self-destruction and believing in yourself. The artwork for the physical copy of this EP was made by the band as well. It took time to make this "investigation board", fill it with fake newspapers articles (written by Ellis) and collect dozens of pieces in the massive construction to photo it for the cover. It was crafted by the Kill City Kills boys' hands, fueled by passion and the spark in their eyes. Track by track: Wild Brigade is all about that rebel thing. The band claims it's right to stay "wild to the top degree" and the main riff leaves no chance to doubt it. For this song, the band filmed an official music video. Sin City is a banger filled with the neon lights of the concrete jungle city street life; kill or be killed. You're the only one you can trust when it comes to survival, according to Kill City Kills. The band takes this metaphor and makes it scream for vengeance. An incredible shredding guitar solo is a feature is in the track. There is also a place for regrets and tears on this EP, and this place is the little love song called Suicide Tuesday. Love it or leave it! The final blow is Born To Fall. It's all about "the higher you fly, the harder you fall" ideology, but for moments on the rise, we gladly sacrifice our life.