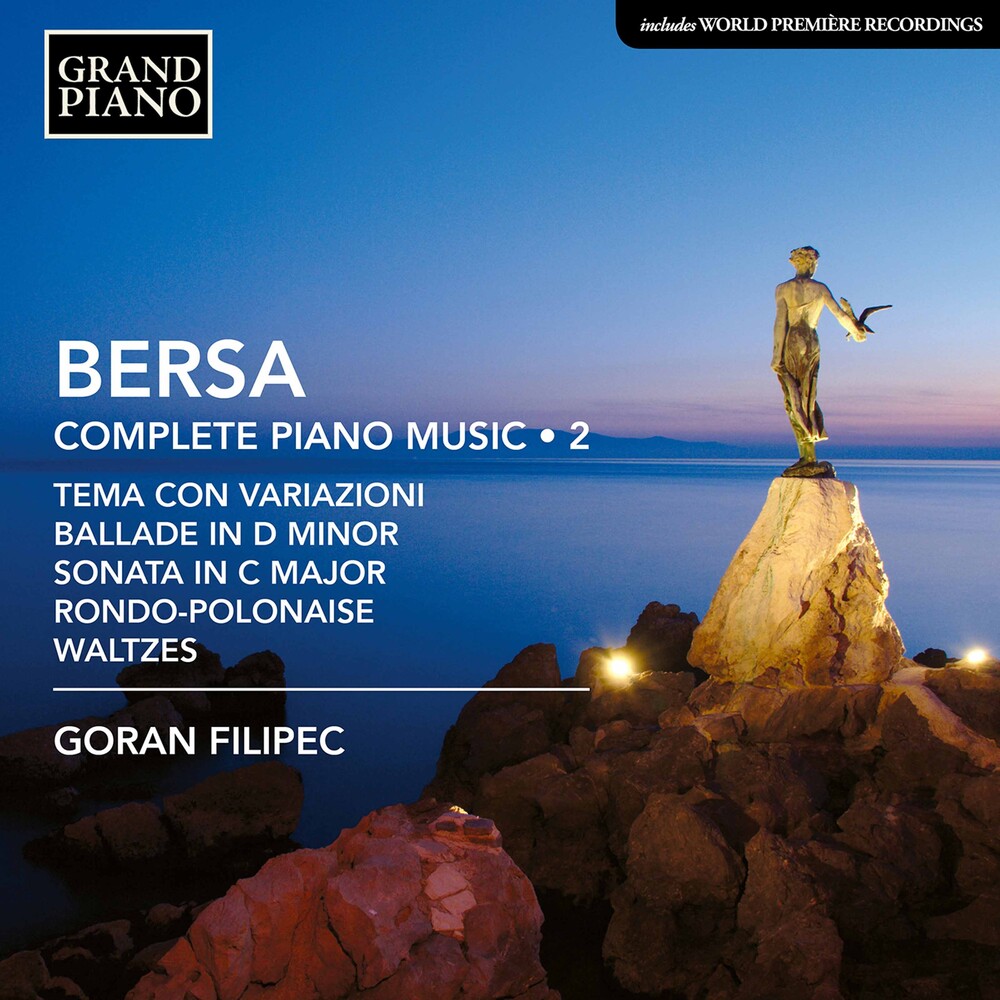 As with the first volume in this series (GP767), Blagoje Bersa's piano works are organized according to their character and tonality rather than chronologically. They include elements of transcription drawing on Mozart and Beethoven but also characterful barcarolles that evoke Italian music, a taut and witty Bizarre Serenade, a simple but affecting Mélancolie, and an invitation to a Viennese ballroom in the Valzer, Op. 3. GORAN FILIPEC, laureate of the Grand Prix du Disque of the Ferenc Liszt Society of Budapest for his 2016 recording of Liszt's Paganini Studies (Naxos 8.573458), was born in Rijeka (Croatia) in 1981. He studied at the Tchaikovsky Conservatory in Moscow, the Royal Conservatory in The Hague, the Hochschule für Musik in Cologne and the Zagreb Academy of Music. He is a prize winner of several piano competitions including the Premio Mario Zanfi 'Franz Liszt', Concurso de Parnassos, the José Iturbi International Music Competition and the Gabala International Piano Competition. Filipec performs regularly in Europe, the United States, South America and Japan. He made his debut at Carnegie Hall in 2006, followed by performances in venues including the Mariinsky Theatre, the Auditorium di Milano, Minato Mirai Hall, the Philharmonie de Paris and the Palace of Arts in Budapest. With the award by the Liszt Society, Goran Filipec joined the list of prestigious laureates of the Grand Prix such as Vladimir Horowitz, György Cziffra, Alfred Brendel, Claudio Arrau, Zoltán Kocsis and Maurizio Pollini.