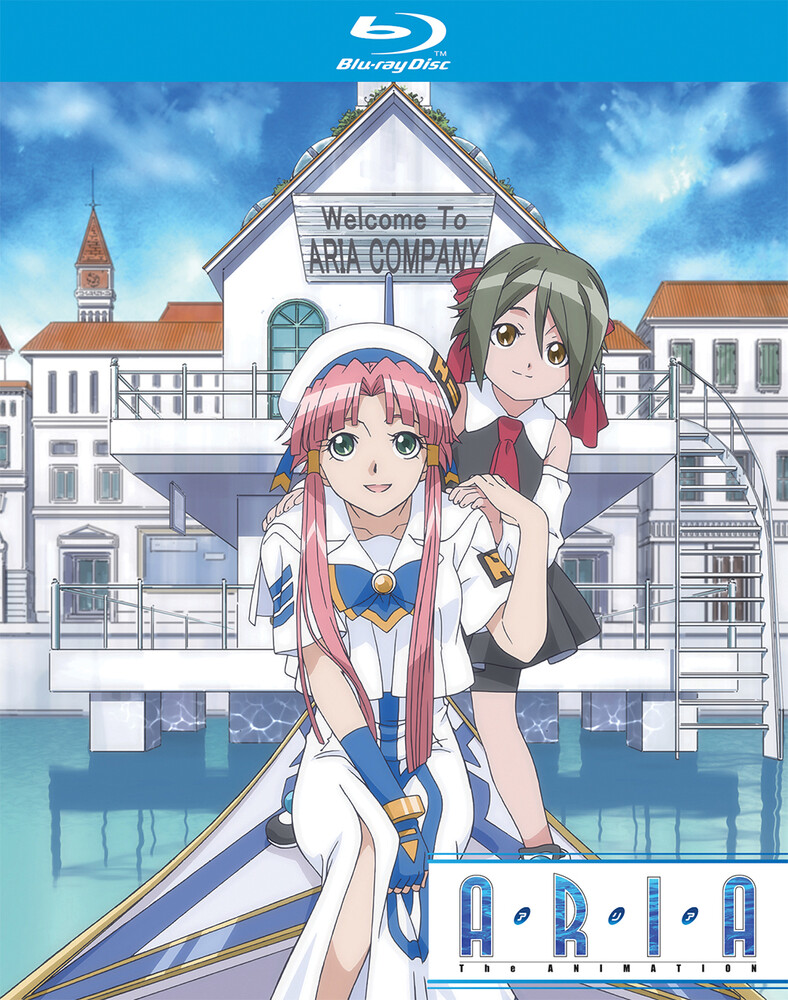 When Akari Mizunashi travels to the city of Neo-Venezia on the planet of Aqua, the beauty of the city is beyond anything she's ever seen before. It's here that Akari hopes to achieve her dream of becoming an undine a female tour guide who navigates the canals of Neo-Venezia on an elegant gondola. As she begins her training with the prestigious Aria Company, will she be up to the challenges that await her on the path to achieve her dream? Junichi Sato's heart-warming masterpiece in high-definition! This anime adaptation of Kozue Amano's best-selling ARIA manga is directed by Junichi Sato (Princess Tutu, Pretear, Sailor Moon) with animation by Hal Film Maker (Skip Beat, Pretear)! This special Blu-ray collection contains the entire 13-episode ARIA The ANIMATION TV series in high definition, with both Japanese and English stereo and an English 5.1 surround track! Also includes: Apprentice Undines Interview part 1 & 2, English Cast Commentaries, Primas Interview part 1 & 2, SATOJUN's Venice. I'm Sorry! Part 1-6, Commercial Collection, U.S. Season 1 Trailer, Clean Endings, and Season 2 Preview. Audio: English 2.0 & 5.1 and Japanese 2.0, English Subtitle; Video: 4 x 3 1080i HD.