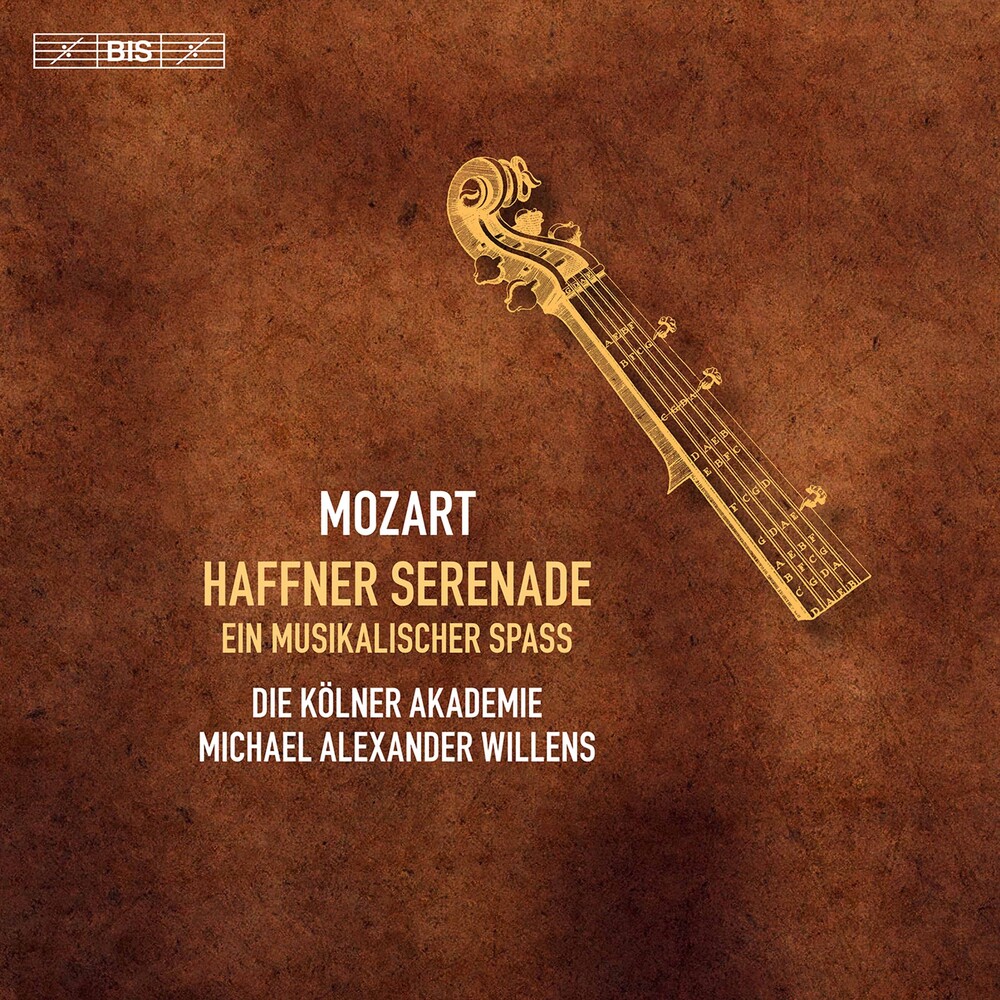 Besides an acclaimed series of recordings with Ronald Brautigam of the complete piano concertos by Mozart, Mendelssohn and Beethoven, KĂ¶lner Akademie and Michael Alexander Willens are undertaking a survey of Mozart's serenades and other incidental works. Their first album in this series included the Posthorn Serenade and demonstrated, according to the reviewer on MusicWeb-International, that the ensemble is 'amongst the best groups in the world of period performance.' Since then the team has recorded works associated with the Freemasons, and here takes on one of the most famous of the serenades, the 'Haffner', named after Sigmund Haffner, who commissioned it for the festivities surrounding his sister's wedding in 1776. A notable feature of Mozart's serenades - and the large-scale Haffner is no exception - is the incorporation of virtuosic solo parts, here performed by the violinist Alexander Janiczek. On the amply-filled disc (almost 86 minutes!), the at times quite imposing Haffner is followed by Mozart's 'Musical Joke' - Ein musikalischer SpaĂź, K?522. A work in four movements, this is a delightful and very skillfully crafted parody of musical incompetence. It is written for strings and a pair of horns, and it's frequent caricatures of the second-rate - whether in composition or performance - are brilliantly observed, by Mozart as well as the present performers.