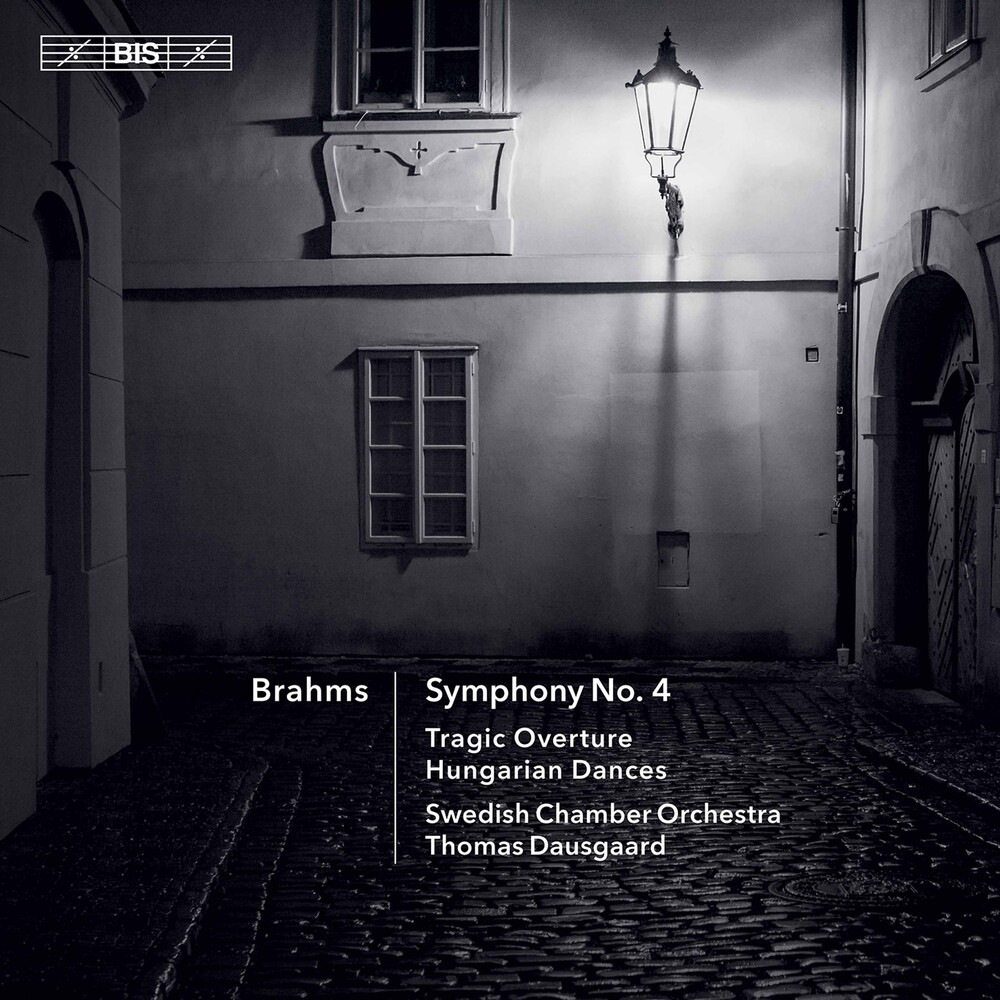 Begun in 2012 with the release of Symphony No. 1, Thomas Dausgaard's four-album traversal of the symphonies of Johannes Brahms is here brought to a close with the composer's final work in the genre. The E minor Symphony is sometimes described as Brahms' 'elegiac symphony', and has been called 'one of the greatest orchestral works since Beethoven'. Typical for the composer is the striking degree of motivic relationships throughout the work. This includes the finale in which Brahms demonstrates his full mastery in a towering Passacaglia consisting of 30 variations and a coda. The smallish forces of the Swedish Chamber Orchestra contribute to a transparency and clarity which bring out the finer details of Brahms' compositional web. As on previous installments, the symphony is coupled with other works by Brahms. Included on the present release is another late work, Tragic Overture, which concludes the programme. These two 'serious' works frame some of the most rousing and ebullient music Brahms ever wrote, namely his Hungarian Dances. Composed for piano four-hands, the 21 dances became immensely popular, and Brahms arranged three of them for orchestra himself. Having made his own orchestrations of the remaining 18 dances, Thomas Dausgaard has recorded the full set for his Brahms cycle, with the final nine dances included here.