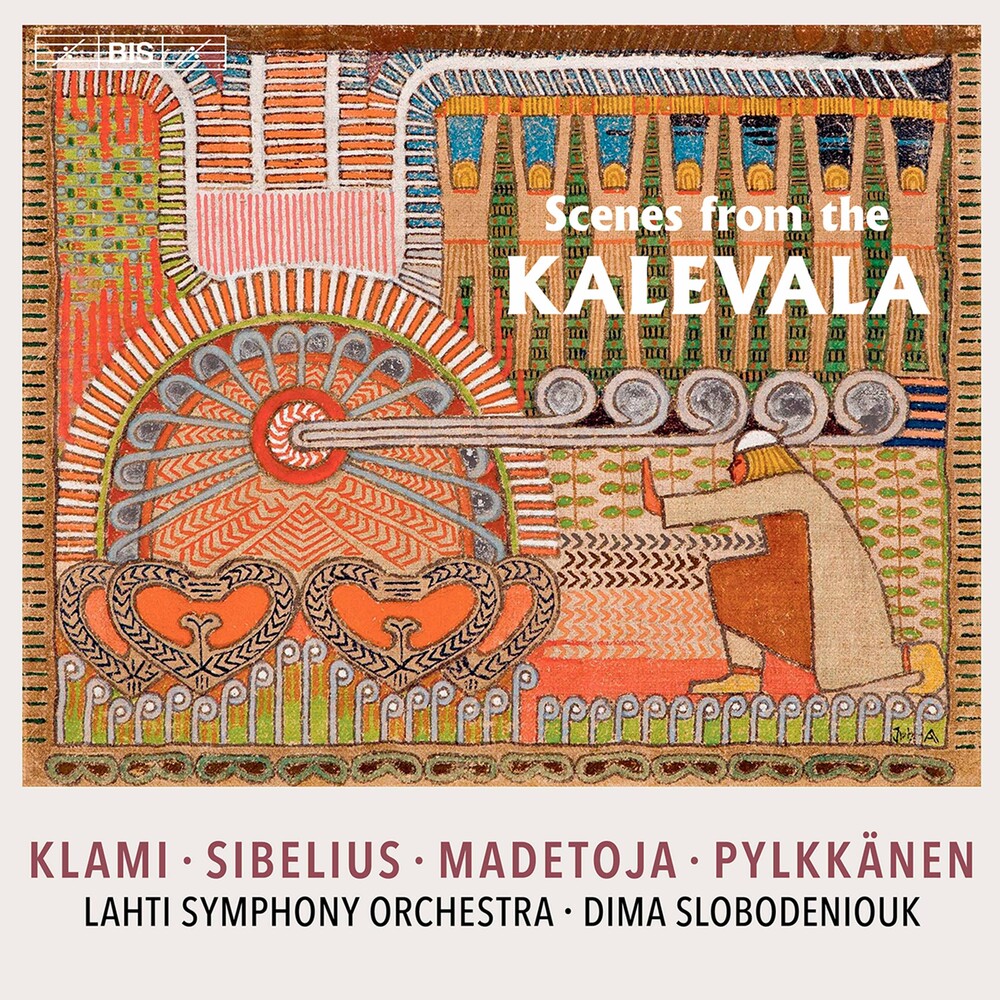 The Kalevala is a compilation of mostly original folk poetry, arranged into fifty extensive runos ('poems') by the Finnish physician and folklorist Elias LÃķnnrot. Beginning with the creation of the world, it develops into a series of separate episodes which nevertheless form a rich whole, introducing epic characters such as VÃĪinÃĪmÃķinen, LemminkÃĪinen and Kullervo. The collection first appeared in 1835, with a final, extended version being published in 1849, and was soon hailed as Finland's 'national epos' - a sensitive matter given that the country had been subjected to Russian rule since 1809. It came to play a major part in Finland's national awakening and had a massive influence on Finnish art in the late 19th century, but it's role in the national consciousness remains important even today. The present album, from the Lahti Symphony Orchestra and Dima Slobodeniouk, brings together Kalevala-related works spanning the period between 1897 and 1943. No such collection could overlook Sibelius, who composed several works inspired by the epos. Included here is a rarity - the first recording of the 1897 version of LemminkÃĪinen in Tuonela, from the LemminkÃĪinen Suite. Finnish composers from later generations all had to find a way out from under Sibelius's shadow - especially so when composing works based on the Kalevala. The portraits of Kullervo which bookend the disc, by Leevi Madetoja and Tauno PylkkÃĪnen, are both compact works in contrast to Sibelius's large-scale 'choral symphony' on the same theme, and when Uuno Klami used bold and primitive colors in his five-movement Kalevala Suite, he was looking towards Stravinsky rather than his countryman.