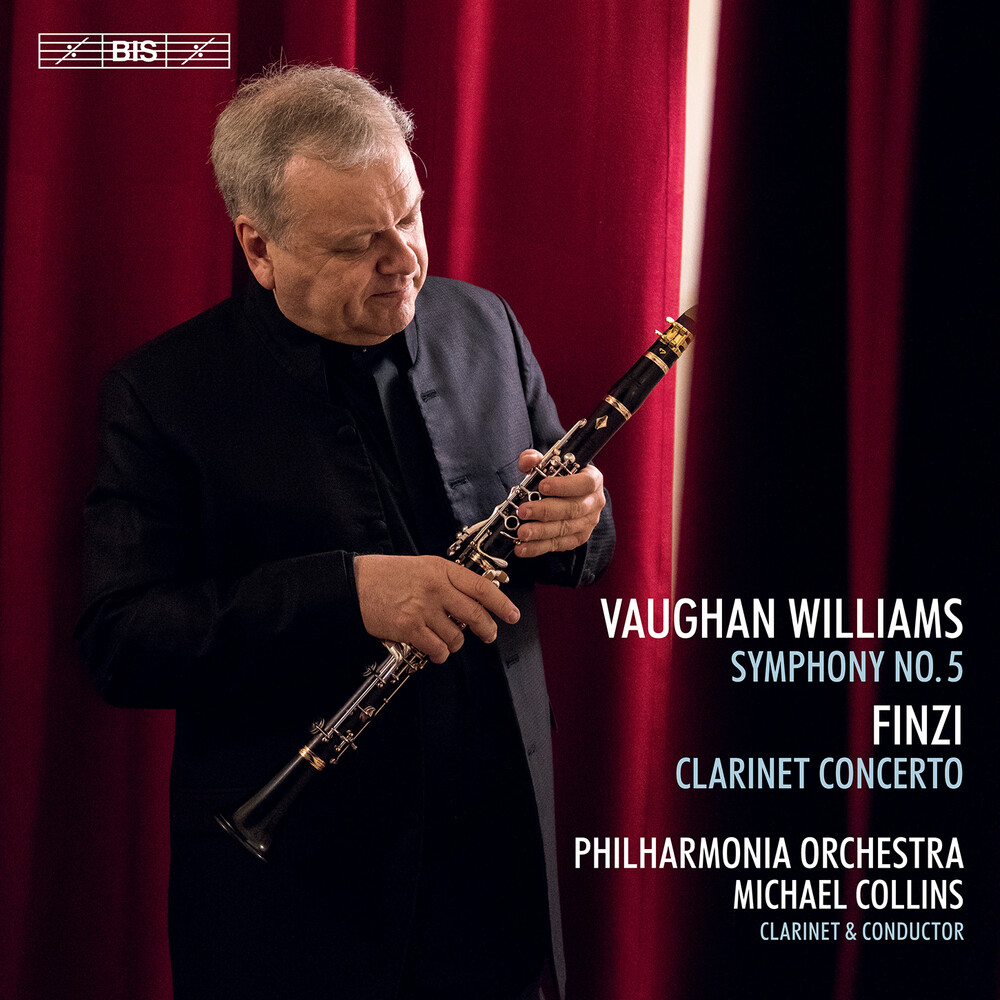 The distinguished clarinetist Michael Collins has in recent years also gained recognition as a conductor, appearing with eminent orchestras across the world. The present disc sees his recording debut as a conductor of symphonic repertoire, from which he has chosen Vaughan Williams's Fifth Symphony - one of the composer's best-loved works. Written during the Second World War and with it's symphonic predecessor displaying a convulsive fury and desolation, the Fifth is surprisingly serene and pastoral. Vaughan Williams dedicated it 'without permission' to Jean Sibelius - who in his diary described his impression on first hearing the work as 'a caress from a summer world.' On the present release, Vaughan Williams is followed by his younger colleague and friend Gerald Finzi, who he once advised to write a symphony: 'They're ever so easy'. Finzi was not convinced, and remains known as a composer of primarily vocal music, but among his few instrumental works is a Concerto for Clarinet, the instrument widely regarded as the most voice-like of all. For this, Michael Collins reverts to his customary role as soloist, conducting the strings of the Philharmonia Orchestra from the clarinet.