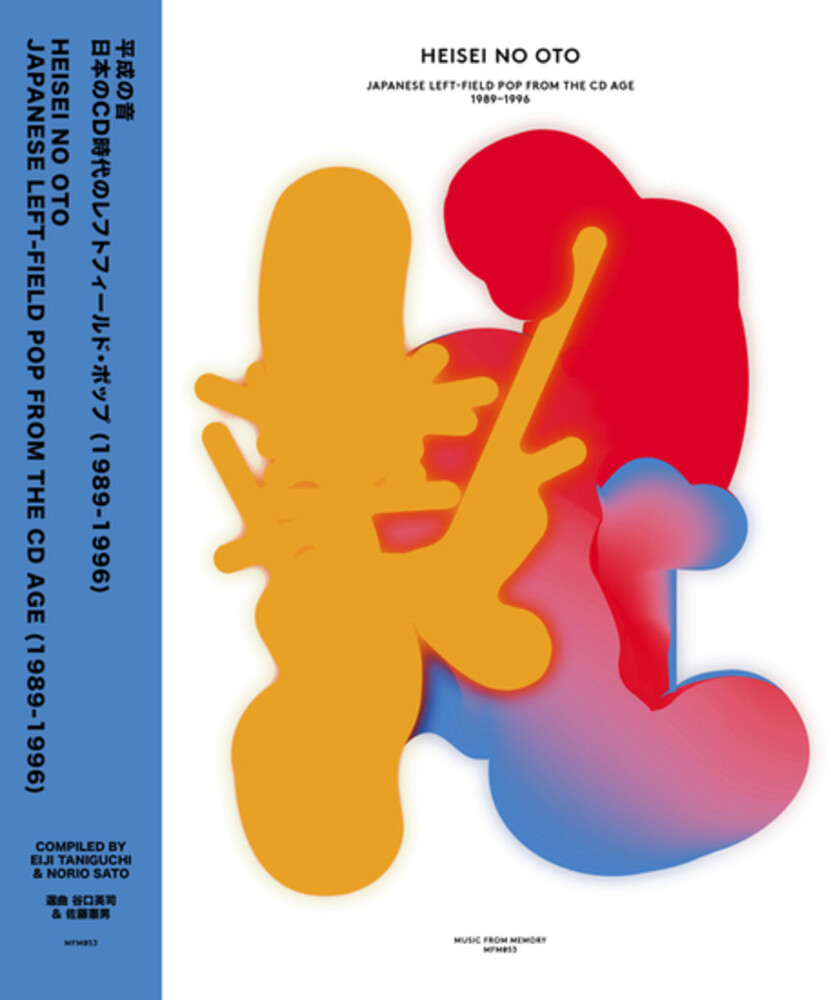 Music From Memory is excited to announce a special compilation that they've been working on for some time now; MFM053 - VA - Heisei No Oto - Japanese Left-field Pop From The CD Age (1989-1996). Compiled by long-time friends of the label, Eiji Taniguchi and Norio Sato, Heisei No Oto delves into a world of music released almost exclusively on CD and brings together a fascinating selection of discoveries from a little known and overlooked part of Japan's musical history.The last ten or so years have seen a global wave of interest in Japanese music encompassing ambient, jazz, new wave and pop records from the 1980s, some of which is increasingly considered the most innovative and visionary music of that time. Although some music from this period, in the form of 'City Pop' or 'rare groove' records, had been coveted by collectors and DJs for a number of years, most Japanese music from the time was little known outside and often even within Japan.Sometime around the mid-2000s, two Osaka record store owners, Eiji Taniguchi of Revelation Time and Norio Sato of Rare Groove, along with a handful of deep Japanese diggers such as Chee Shimizu of Organic Music records in Tokyo, began to explore beyond the typical 'grooves' or 'breaks'. Much like their counterparts in Europe and the US, they began delving into home-grown ambient, jazz, new wave and pop records, discovering visionary music, often driven by synthesizers or drum computers, that broke beyond the typical confines of their genres.Spending tireless hours in local record stores and embarking on digging trips across the country, Eiji Taniguchi and Norio Sato, much like Chee Shimizu, have been at the forefront of unearthing and introducing many of the very Japanese records now loved and sought after around the world. Yet as YouTube algorithms and vinyl reissues would transport such music into the global consciousness and demand and therefore scarcity intensified for such records, so Eiji and Norio have recently begun to turn their attention to CDs.The title of the compilation Heisei No Oto refers to the sound of the Heisei era, which began in 1989 and corresponds to the reign of Emperor Akihito until his abdication in 2019. Marking the culmination of one of the most rapid economic growths in Japanese history, 1989 also coincided with the music industry's final shift away from vinyl in favor of CDs. And, although compact discs were first introduced seven years earlier it wasn't until late into the '80s that, beyond dance music labels, CDs became the exclusive format for major and independent labels in Japan and throughout the world.This however didn't signal the end of the innovation in Japan. Many of those same musicians who have become known for their work in the '80s would continue to produce outstanding music well into the mid-'90s, as greater innovation and advances in musical equipment allowed Japanese musicians and producers to refine and explore new sounds. While musicians such as the seminal Haruomi Hosono, whose productions feature on a number of tracks, would continue to push the boundaries of these new technologies, these technological advances also meant less established musicians were able to make use of increasingly affordable but state-of-the-art equipment.Including music by Haruomi Hosono as well as Yasuaki Shimizu, Toshifumi Hinata and Ichiko Hashimoto who have become known and loved around the world in recent years, Heisei No Oto also features Japanese pop star Yosui Inoue, producers Jun Sato and Keisuke Kikuchi in addition to less established artists from the contemporary, jazz, new wave, pop and dance music scenes. Bringing together a selection of tracks that seem to define these specific genres and in fact move fluidly between a number of them, the music on the compilation is again underscored by experimentations with synthesizers and drum computers though with something of a gentle Pop sensibility. Reimagined here than under the encompassing term 'Left-field Pop', this is an exciting chapter in Japanese musical history that has only just begun to be fully explored.