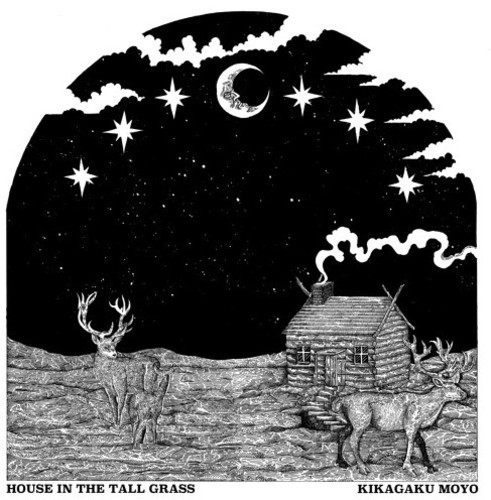 Kikagaku Moyo's debut album exerts an elemental power. Enlivening their sound with sitars, percussive drums, theremins, wind instruments and ethereal vocals, the band manages to sound powerfully spacious and lazily serene all at once. Their songs can be light as air, or heavy as earth. Many evolve out of intense experiences of engagement with the natural world. The album's first track, "Can You Imagine Nothing?" was written over a night spent jamming on a suspended footbridge in remote mountains. As the song progressed the bridge began to sway, making band members feel as though they were floating weightless in midair. Kikagaku Moyo started in the summer of 2012 busking on the streets of Tokyo. Though the band started as a free musiccollective, it quickly evolved into a tight group of multi-instrumentalists. Kikagaku Moyo call their sound psychedelicic because it encompasses a broad spectrum of influence. Their music incorporates elements of classical Indian music, Krautrock, Traditional Folk, and 70s Rock. Most importantly their music is about freedom of the mind and body and building a bridge between the supernatural and the present. Improvisation is a key element to their sound.