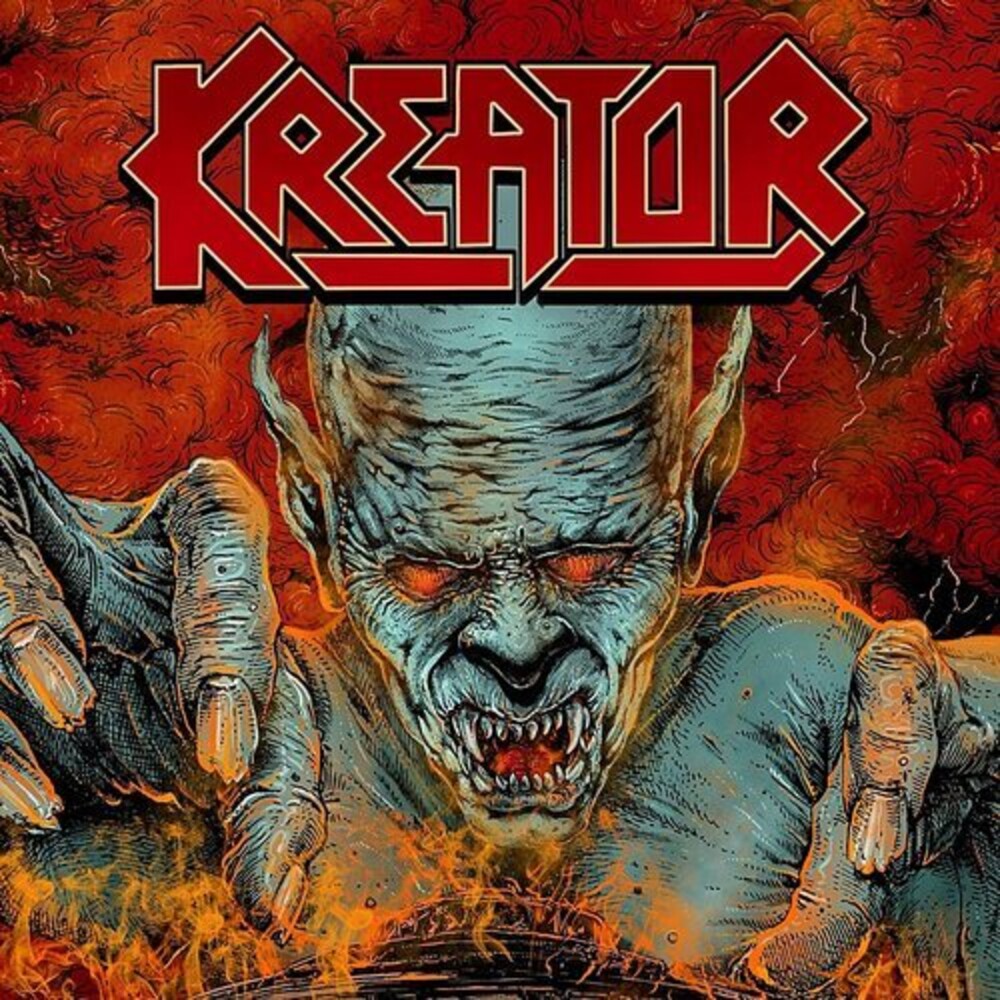 As the 21st century was born, Kreator underwent what was nothing less than a seismic creative rebirth. By this time, the iconic German band had released nine studio albums in the 1980s and '90s, which had established them as one of the most important metal names of these decades. In the first period, they had helped to shape and pioneer the thrash scene through such releases as 'Pleasure To Kill' (1986), 'Terrible Certainty' ('87) and 'Extreme Aggression' ('89). During the following decade, the band had opened up exciting horizons of experimentation on albums like 'Coma Of Souls' (1990), 'Renewal' ('92) and 'Endorama' ('99). Now, though, it was time to move into a fresh era, as vocalist/guitarist Mille Petrozza explains."During the 1990s, we were definitely experimenting with what the band was doing. But (drummer) Ventor and I decided that for this album - our first of the new millennium - we wanted to go back to the sort of sound that we had at the start of Kreator. In other words, to get back to the reason why we began the band in the first place."'Violent Revolution' was released in September 2001, and became the band's highest charting album in Germany, as it reached #38. "We knew we had a good album, so in that way it wasn't a surprise to see this do so well in the chart. But however good you might think your album is, you can never be certain how people will react to what you've done, and whether you can pick up new fans, as well as satisfy the older ones."'Violent Revolution' is without question an excellent album. While in some ways it does harken back to the glories of the band's earlier days, nonetheless it does not sound at all nostalgic. The performances and production values are very much part of the contemporary era, and the strength of the compositions themselves are of the highest values. Rising to the challenge offered by a new generation of ambitious metal bands, Kreator proved they were far from being a spent force.