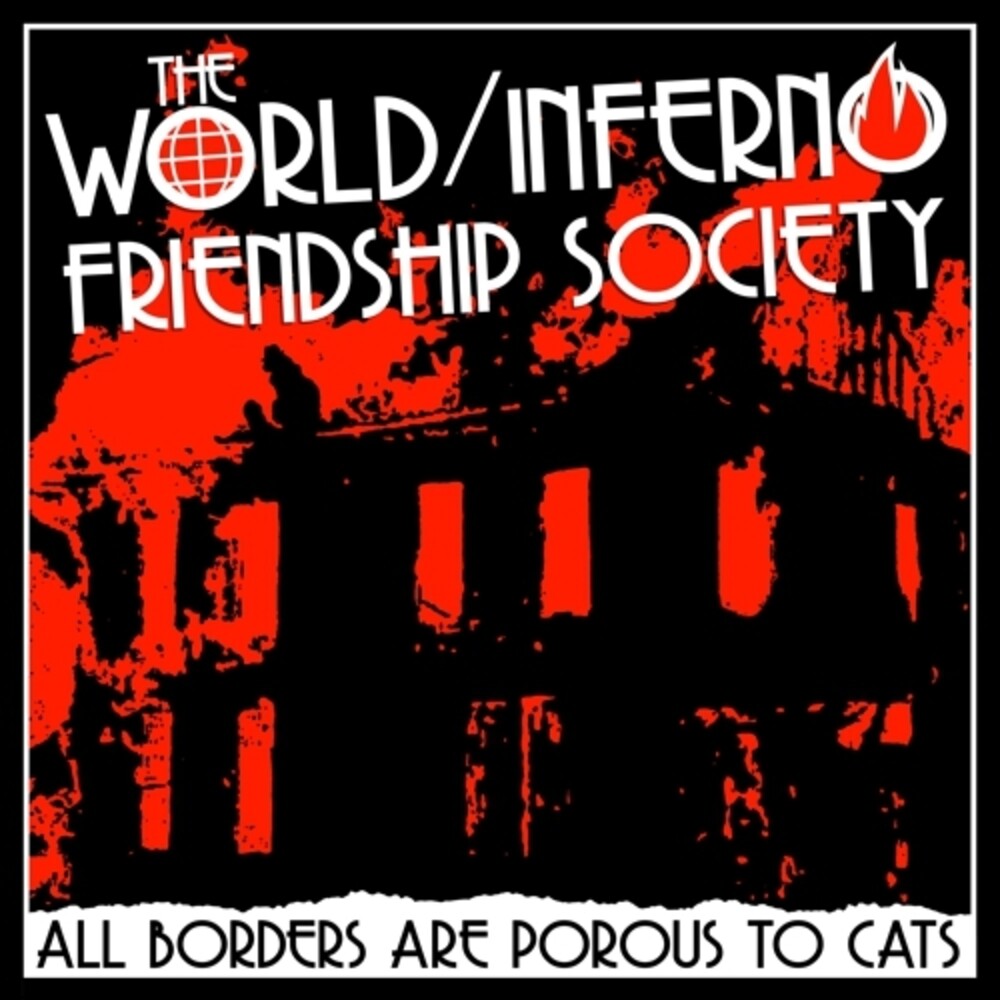 The World/Inferno Friendship Society's long awaited new album dares one to try and decipher it's multi-layered, encrypted message, while being dragged kicking and screaming through a succession of flashbacks, alternate realities and drug and alcohol induced delusions. While this ensemble is known for it's utter disregard for boundaries of genre, All Borders Are Porous To Cats deliberately pushes the limits of what could possibly be perceived as punk rock. It scores tales of fugitives, arson, larceny, perjury, drug addiction and freedom with elements of soul, funk, latin, polka, and classical music, as well as the band's signature punk cabaret sound. Three years in the making, five missed release dates, five lost band members, many a bridge burned, and a defamation lawsuit waiting to happen, The World /Inferno Friendship Society invites the listener to enjoy the fruits of their perpetual torment. This seventh full-length album finds the collective reset and reinvigorated, behind the lyrics of Jack Terricloth, apparent possessor of the punk rock fountain of everlasting style and rage. The album follows Cat In The Hat (no relation), an undocumented refugee who is framed for a crime and requires the assistance of a ragtag gang of miscreants, academics, orchestra-caliber musicians, and radical insurgents-sometimes art does in fact imitate life!The album's release comes in tandem with the release of accompanying book One Smashed Window For Every Divided Soul, an illustrated combination tour journal and narrative exploration of Cat and his travails. The book acts as a companion piece to the album's story, sifting through archival documents and fabulist accounts of the band's East Coast tour of 2017.