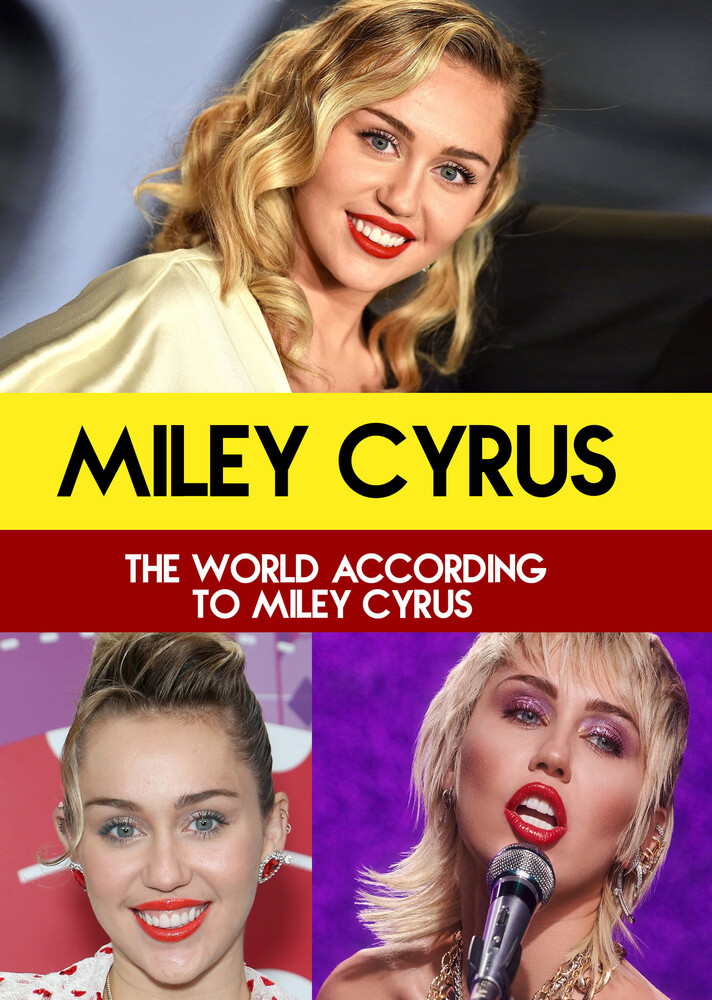 'The World According To Miley Cyrus" An unauthorized story on Miley Cyrus What more could a teenage girl want than to have the run of Disneyland for her not-so-private birthday party? But that's just all part and parcel of life for Miley Cyrus these days. The daughter of singer Billy Ray Cyrus, who had a hit in the early nineties with "Achy Breaky Heart", Miley has followed in her Dad's footsteps, forging a singing career under her own name after two years of playing and releasing material as Hannah Montana. Miley shot to stardom in March 2006, playing the title role of Hannah Montana for the Disney channel. The unexpected success of the series, along with the soundtrack, concerts and merchandise, transformed Miley into an overnight sensation. Surrounded by a supportive family and brought up with Christian values, her career has been managed by her father, who knows only too well the highs and lows of life in the limelight. "He always said that Hollywood's a heartbreak waiting to happen" Miley reflects. "And I think that's totally true". Billy adds to that by saying "Life is about living from your heart, being real and doing what you love. If you make a mistake, you adjust, you pick yourself up, and it's never too late to do the right thing". With a loving family and a good mentor by her side, Miley seems well-placed to survive the giddiness of the media circus and the traps of tinseltown. But is she capable of staying on the straight and narrow, as her star continues to rise? Bonus Extras Chris Brown Dakota Fanning Vanessa Hudgens Zac Efron Chris Brown - Grammy nominated R&B singer-songwriter Chris Brown made his recording debut at the age of 16. Within three years he'd become a multi-platinum selling artist with a string of awards to his name. Dakota Fanning - The actress was suddenly famous in 2001 after becoming the youngest person ever to be nominated for a Screen Actor's Guild award, for her supporting role opposite Sean Penn, in I Am Sam. Vanessa Hudgens - Much like Miley Cyrus, Vanessa shot to fame on the back of a popular Disney franchise. And like Miley, Vanessa is trying to walk the tightrope of fame while holding onto a wholesome good girl image. At times she's found this quite a challenge, especially when a nude photo she took for Zac wound up in the hands of a third party, and was posted on the internet! Zac Efron - The Disney TV movie High School Musical and the movie version of long-time stage hit Hairspray have catapulted Zac Efron to the status of Hollywood's hottest teen idol. While thousands of girls flock to see him at premiers and other events, it wasn't so long ago that Zac had to chase girls to ask them to go out with him.