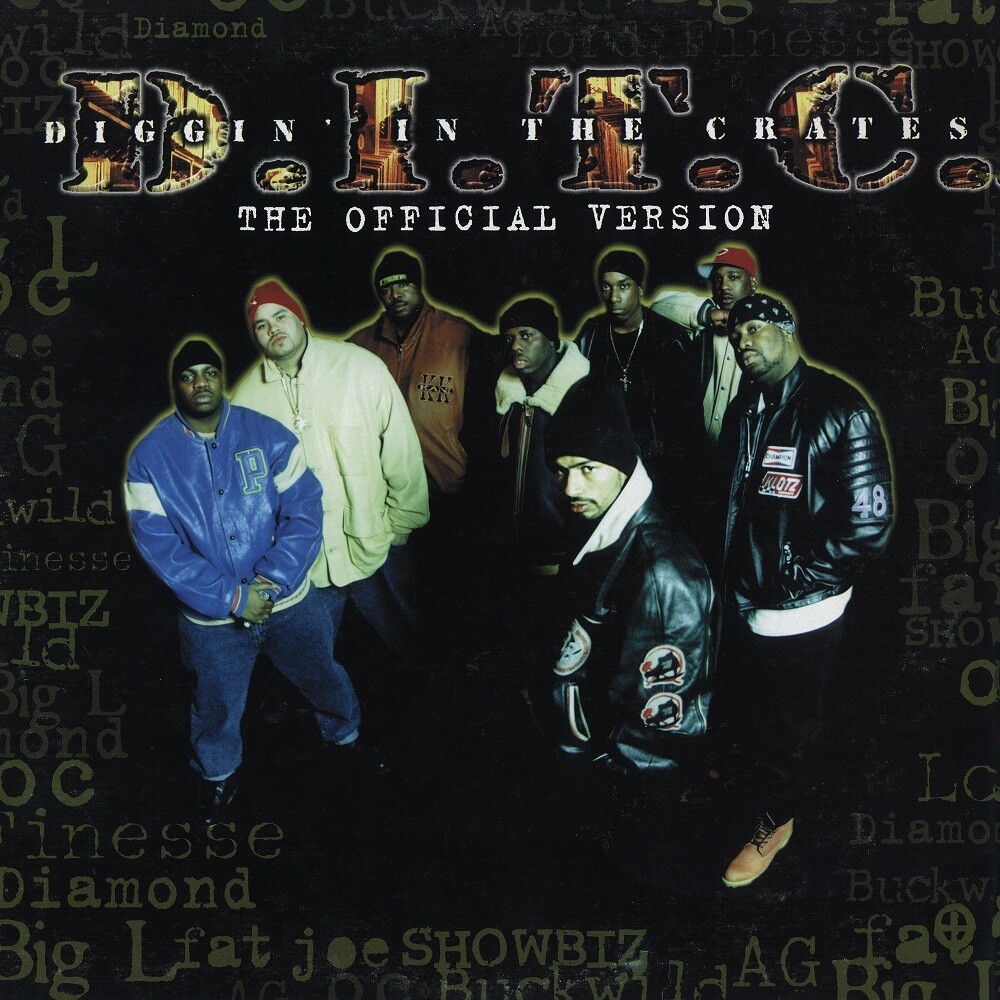 Double vinyl LP pressing. The Diggin' in the Crates Crew, commonly abbreviated as D.I.T.C., is a hip hop collective from New York City. It was founded by Diamond D and Showbiz and it's name is from the art of digging for records to sample for production. D.I.T.C., The Official Version is an alternative version of D.I.T.C.'s self-titled album D.I.T.C. which was not officially available on vinyl upon it's initial release via Tommy Boy when it became apparent that group maintained vinyl rights of the album. The Official Version has a different track listing with many of the songs being totally different versions than the ones appearing on the first album and also two tracks that weren't on D.I.T.C. at all. The album is executively produced by Show and re-released on D.I.T.C. Records -20 years after it's initial limited pressing.