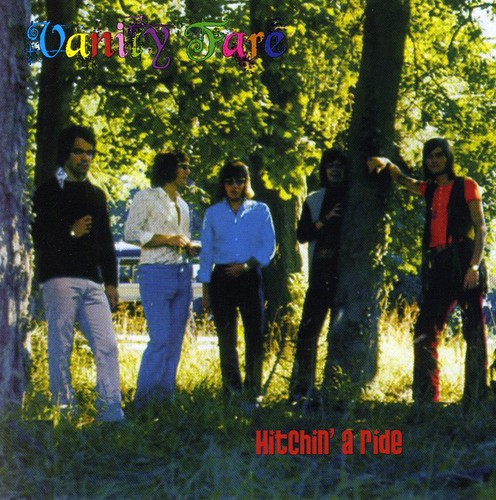 In the summer of 1968 the pop/rock band Vanity Fare was born. With their harmony vocals, melodic songs and a slightly different spelling to their name, they achieved great popularity on the British and European Pop scene when their updated version of an old Sunrays number "I Live For The Sun" hit the charts. With their songs both "Early in the Morning" and "Hitchin' a Ride" achieving gold disc status, the group became established worldwide. Indeed, because of the bands association with the Hitch Hike dance craze, "Hitchin' a Ride" achieved cult status with many West Coast "hippies" fuelled by the enthusiasm of the radio DJs of the time.