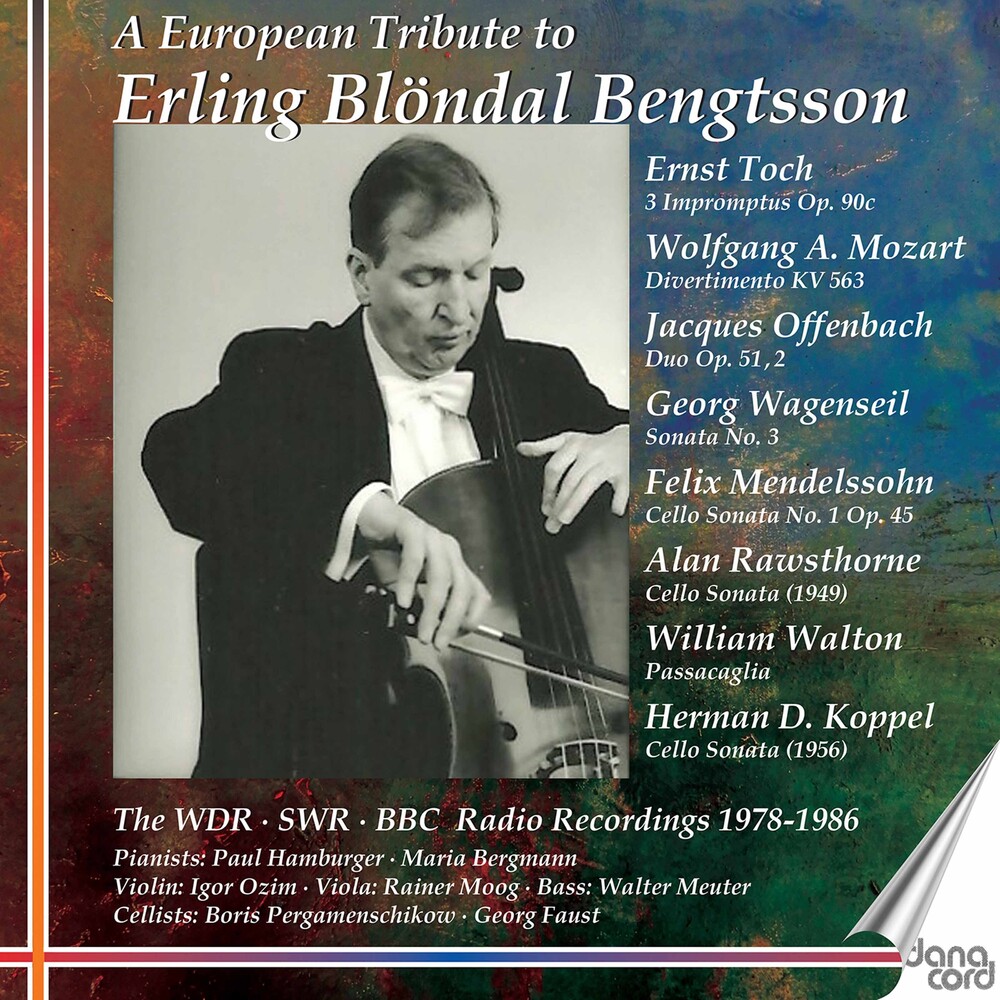 Danacord continues it's tribute to the Danish cellist Erling Blöndal Bengtsson with previously unpublished recordings from the archives of the BBC and German radio. There is cello music dedicated to Bengtsson's mentor Piatigorsky and chamber music by Mozart and Offenbach with fellow friends and colleagues. His stylishness, distinctive timbre and subtle colours, as well as his trademark impeccable intonation, may be enjoyed in full. Erling Blöndal Bengtsson performed extensively throughout Europe, the United States, South America and Russia. He has appeared with most of the world's leading orchestras including the Royal Philharmonic, the St. Petersburg Philharmonic, English Chamber Orchestra, Salzburg's Mozarteum Orchestra, the Hague's Residentie Orchestra under the direction of many of the contemporary leading maestros, such as Yuri Temirkanov, Mariss Jansons, David Zinmann, Sixten Ehrling, Herbert Blomstedt, Sergiu Commissiona. His repertoire was all-encompassing and he has championed the works of leading Scandinavian composers, as well as performing the Scandinavian premieres of cello concertos by Britten, Barber, Khatchaturian, Delius, Lutoslawsky and Walton and, indeed, the latter two, themselves, conducted several performances each with Mr. Bengtsson as soloist. A consistent recording artist, with over 50 albums, he has, along with the complete standard repertoire for cello and orchestra, recorded many contemporary concertos, most of which were dedicated to him.