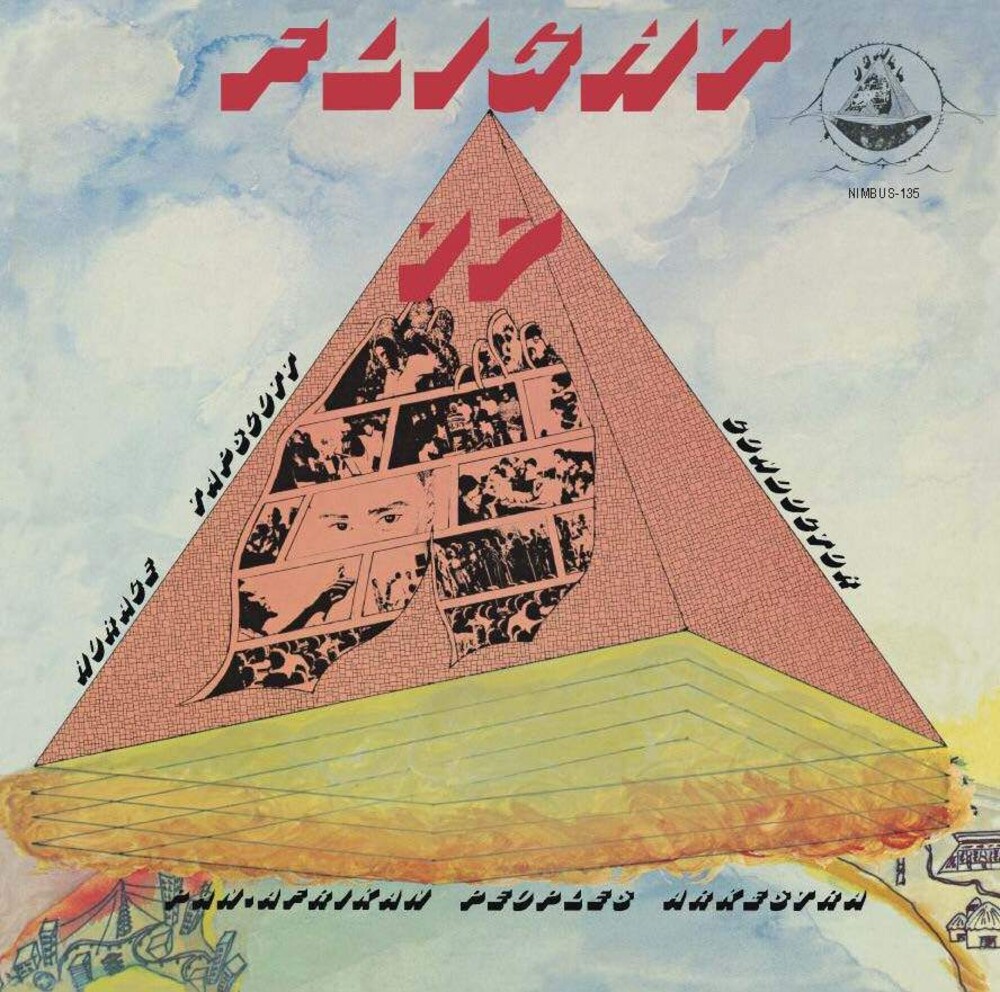 Horace Tapscott's Pan-Afrikan Peoples Arkestra (P.A.P.A.) was one of the most transformative, forward-thinking and straight-up heavy big bands to have played jazz in the 1960s and 1970s. If P.A.P.A. doesn't have the interstellar rep of that other famous Arkestra, and if the name Tapscott doesn't ring bells like Monk or Tyner, there's a reason why: in an industry dominated by record labels, a band that doesn't record doesn't count. And the Pan-Afrikan Peoples Arkestra didn't record for nearly twenty years. But recording success was never their concern - they weren't about that. First formed as the Underground Musicians Association in the early 1960s, Tapscott always wanted his group to be a community project.From their base in Watts, UGMA got down at the grassroots. The group was renamed the Pan-Afrikan Peoples Arkestra in 1971, and soon after they established a monthly residency at the Immanuel United Church of Christ which ran for over a decade, while still playing all over LA and beyond. But they never released a note of music. It was the intervention of fan Tom Albach that finally got them on wax. Determined that their work should be documented, Albach founded Nimbus Records specifically to release the music of Tapscott, the Arkestra, and the individuals that comprised it. The first recording sessions in early 1978 yielded enough material for two albums, and the first release was Flight 17. The album commences with the magnificent title track. It is effectively in three parts. It begins with unaccompanied pianos. Then the ensemble embark on a dense, circular and mechanical movement, a platform for horns and pianos to swoop and dive. We return to Earth with a beautiful solitary flute. The second track, the piano-centric, 'Breeze' is different to 'Flight 17' in intensity and also brevity but it is quietly as daring as the title track. It concludes with a moving lush wash from the full Arkestra, which sound almost like strings only more substantial. These first two tracks take full advantage of the texture of the unusual mix of the various instruments. Next though, it's a significant change with 'Horacio', which is an exuberant Latin infused jingle. It's unlike anything else on the album. I like to think it was named after the conductor's Cuban alter-ego! 'Clarisse' gracefully switches between slow blues and bop and is bookended with a grand vaguely East Asian theme. The busy bass line introduces 'Maui'. As with the previous track, it moves between a number of contrasting melody lines and rhythms but there's still space for a tuneful sax solo.This is a must-have album. I think the first two tracks on their own make this release essential.