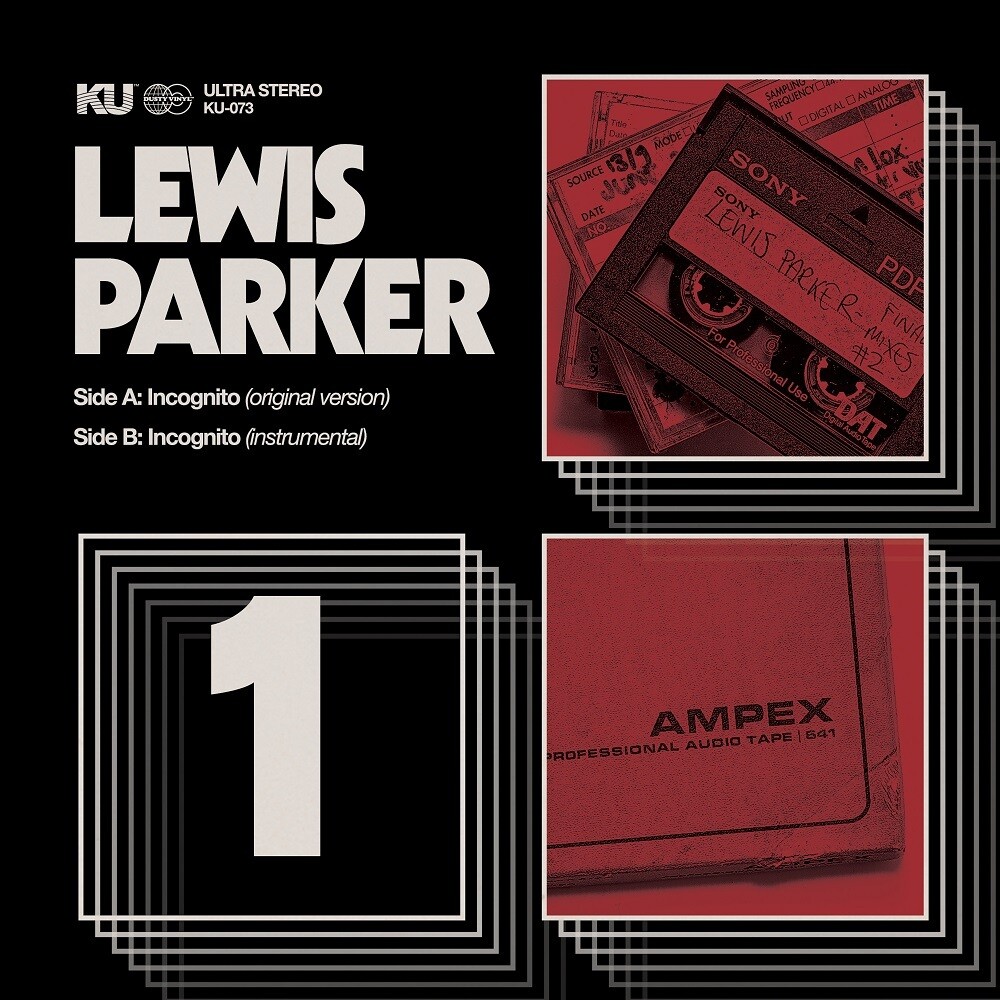 "The 45 Collection" by Lewis Parker is released on a five x 7-inch vinyl set, including unreleased songs and instrumentals from the multi-faceted producer. Record No. 1 is: Incognito (original) B/W Instrumental Original and unreleased version of "Incognito" taken from "It's All Happening Now", 2002. The man with the golden sound is back to showcase some rare material from his personal archives for the first time with this beautifully packaged and limited-edition 45 set. The set of 5 seven-inches features unheard original versions, instrumentals, and unreleased songs from a classic period of output between 2002-2006, including beats from the sessions of his critically acclaimed "It's All Happening Now" LP and the "Put a Beat to a Rhyme" remix project. All this is available for the first time. After a long stay in Queens, NY, soaking up the energy and grittiness of the city and working with Joey Bada$$, the London-born musician is back in the UK. After several successful previous releases with KingUnderground Records, Lewis is now releasing a special treat for long-time fans. In a standout cut, dramatic horns and raw, soulful vocals form the foundation of the instrumental version of legendary Wu-Tang member, Ghostface's "Shaky Dog." The original track is on the "Fish Scale" album, released on Def Jam in 2006. "Sunny Dedications" featured in instrumental form for the first time ever; is a classic beat taken from Parker's seminal "It's All Happening Now" album released in 2002 on Massive Attack's Virgin imprint, Melankolic. The lush strings and hard drums still strike a chord over 15 years later. As Parker continues to maintain his musical integrity and commitment to the traditional Hip-Hop aesthetic while simultaneously pushing his sound forward, KingUnderground brings a rare snapshot of the veteran producer's cutting-room floor.