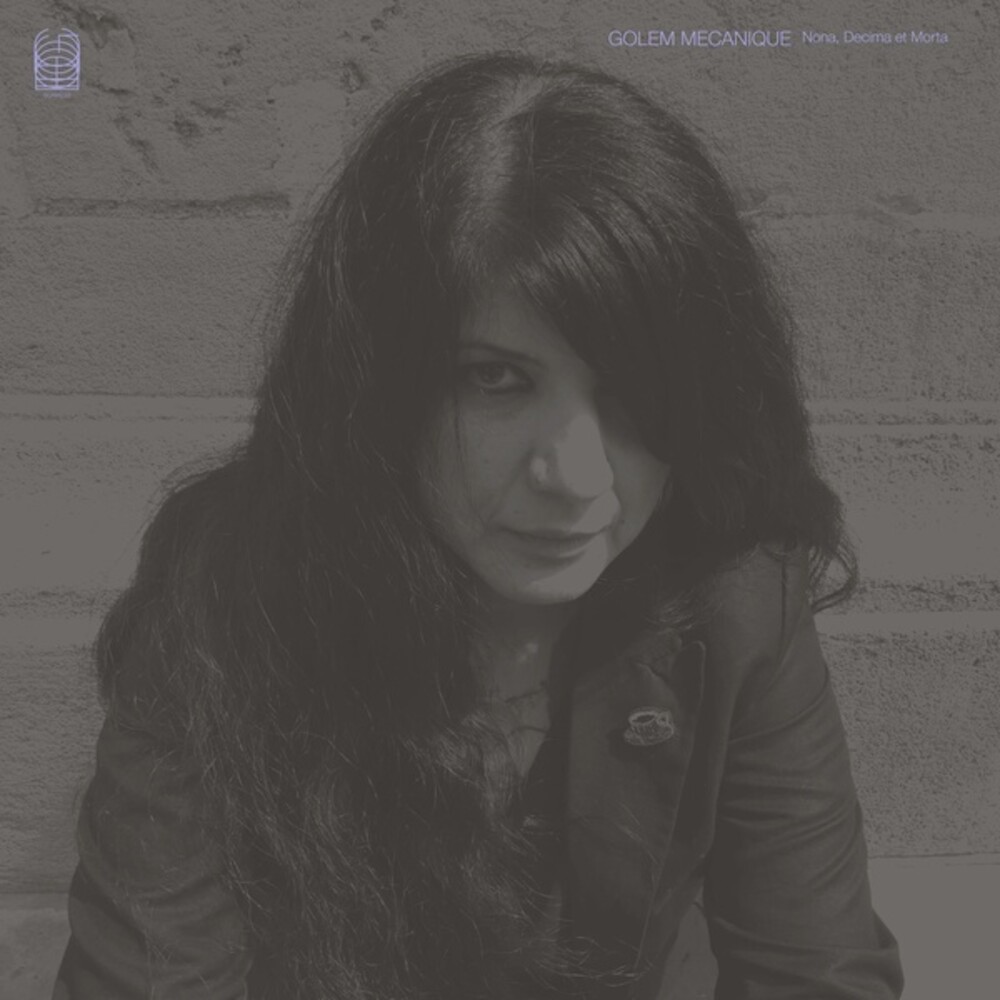 "In what distant deeps or skies Burnt the fire of thine eyes On what wings dare he aspire? What the hand dare seize the fire?" -W. BlakeStephen O'Malley on the release (Paris, January 2020):"My first encounter with Karen Jebane (aka Golem Mecanique) was in the context of EchoĂ©s above the village of Le Saix in Haut-Ales, in 2016. This tremendous location runs along a deep river canyon with a long cliff on one side and a small mountainside slope on the other. Importantly, and uniquely, some mad acoustician geniuses have built massive concrete amplified horns into the hillside to project sound against the cliff, activating the landscape's natural resonance and delay patterns. The EchoĂ©s organizers exploit this system once per year, in a type of private weekend. People arrive for a few evenings of music and enjoy the summer and loosen their minds a bit. I was to be performing later in the night (under the stars, one of my most memorable and moving experiences with music ever), but Karen began her performance directly at sunset, the color saturating the sky and shadows growing deep purple and reds. Instantly and for the next hour I felt like I had descending into the Neolithic/Mythological age. And into the pre-renaissance mindset of time where linearity was absent, cyclic experience unnecessary... just when it was/is. Karen's deep and evocative chanting voice reflected and called forth in multitude amongst the landscape. Bone-chilling, or, perhaps, penetrating down through the bone. A thick and immaterial drone wove itself into the air. Voices began emerging from the cliff's face, the stones itself were singing, seemingly liberated from their geological time space. I understood more about why archetypal memory forms of seers, divinatory, witches and sorceresses exist in our cultural long storylines, our shared sociopsychological neurological rationalization constructs. Those necessary systems of attempting to interpret and communicate the world. It was an incredible moment within the blur between the night and the day. Although Karen's main instrument are her voice, and her mind, she also performs on organ, and also together with the Mediterranean folk music impressionada Marion Cousin on this deeply moving album. Karen also utilizes a very special French instrument known as the BAB, a kind of mechanized vielle (hurdy-gurdy)... one of the more incredible inventions of the La NĂ˛via group's legendary instrument builder LĂ©o Maurel. Basically, the instrument sounds like an arcane goth/spirit interpreting Phill Niblock's string pieces, in monochrome on the very edge of the invention of color grain. Marvelous." Recorded and mixed by Borja Flames on 2019 New Year's Eve. Mastered and cut by Rashad Becker at Dubplates & Mastering, Berlin July 2019.