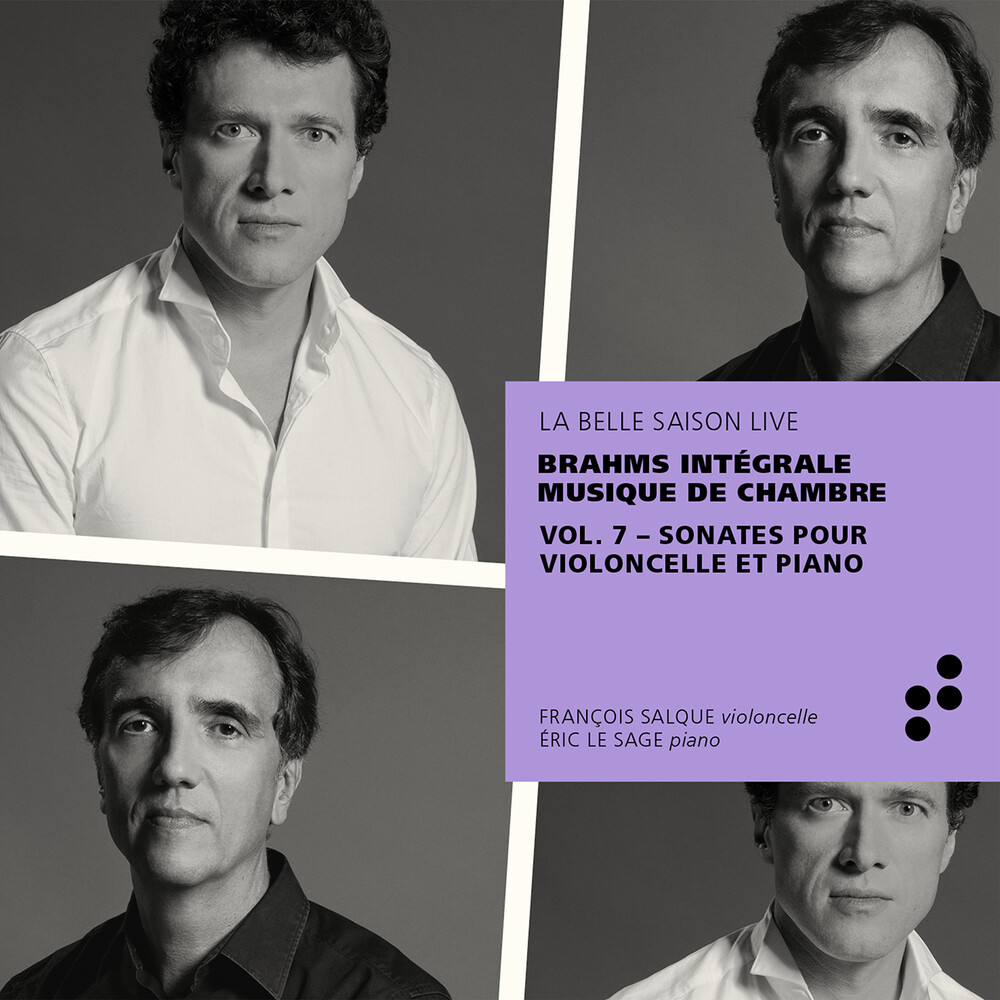 Twenty years separate Johannes Brahms's two sonatas for cello and piano - a nice interlude allowing us to hear the evolution and scope of his compositional style: dramatic, unconventional and sweeping in the first sonata, intimate and melancholic in the second. This new installment in the amazing adventures of the complete chamber music works of that great resident of Vienna continues 'under the bow' of FranĂ§ois Salque and the fingers of Ă‰ric Le Sage, enthusiastically escorted by B Records. FranĂ§ois Salque is recognised as one of the most stunning cellists of his generation. His profound musical thinking and phenomenal technique have earned him many prestigious awards: FranĂ§ois is a prize-winner at such international competitions as Lausanne (Unanimous First Prize), Geneva (2nd Prize), ARD Munich, Tchaikovsky in Moscow... He was each time given the highest distinctions ever awarded to a French cellist in the histories of these competitions.