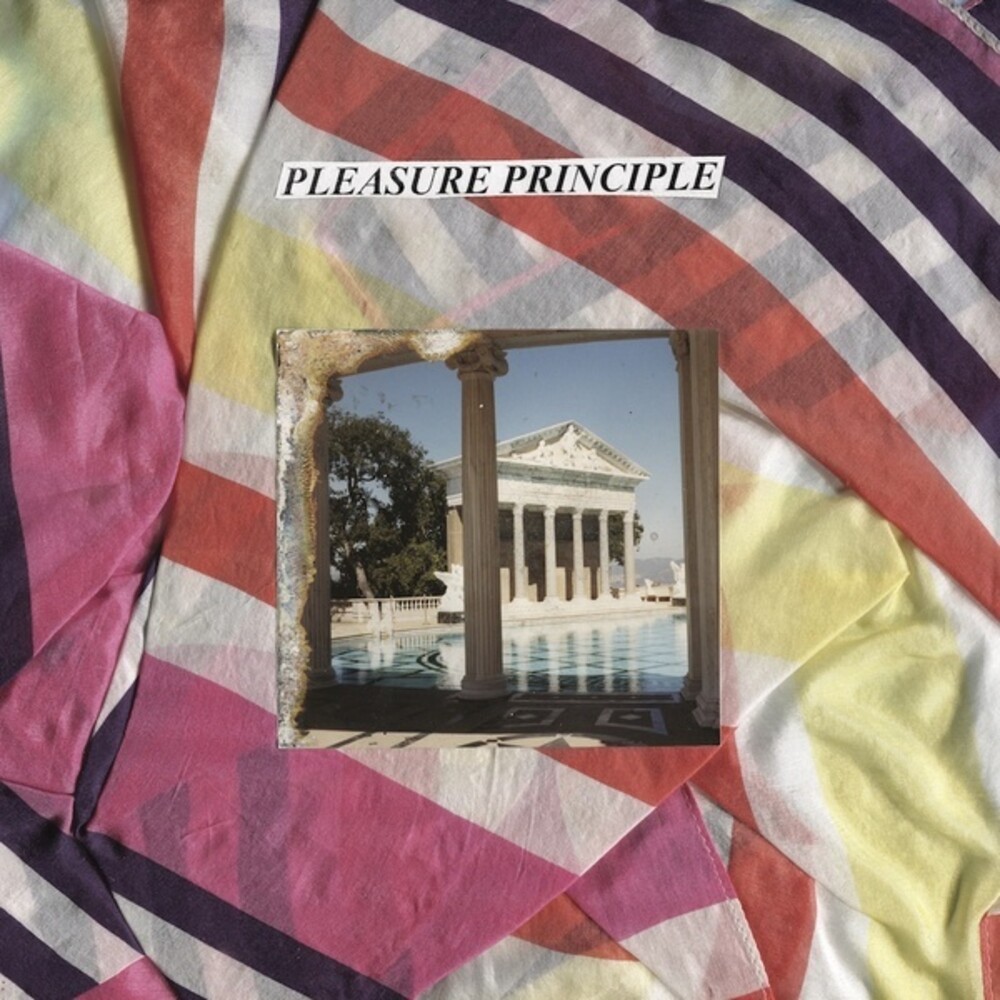 Paul Speedy Ramon on the record: "... Even though I was and still am extremely involved in my past and present bands (Skategang, La Secte du Futur, Marietta to a lesser extent), the music we were making was only partially representative of me. I've always listened to a lot of reggae, dancehall, music from Ghana, Nigeria, Congo, and overall music that is based more on repetition and intention than composition... In 2015 my brother and friend Benjamin Dupont, the human behind Bryan's Magic Tears, moved into my flat share, Noah's Ark at 35 rue Clignancourt, in the 18th arrondissement, and it was him who unlocked everything by showing me how to record music by myself... Recording a lot, without any constraints of format, group or expectations, by letting myself be totally carried away by what was coming out in the moment, it allowed me to give myself a certain insight into myself... I would say that it oscillates, for the music, between synthetic krautrock, dancehall lo-fi, Manchester sound recorded with toys, rock Ă  la Velvet and Memphis rap for children; and between Les NĂ©gresses Vertes and Julien Gracq for the texts... My friend Paula from J.C. Satan and Succhiamo, who sings on 'Mariposa' and 'Venera 16', because I had no idea what to do about it; I sent her the songs and she sang on her phone, it was great so we recorded it. This first album is a kind of best-of from 2015 to 2018, the songs that held up best, the ones I had lyrics on, the best finished drafts, basically. I owe it's existence to my friends at the Megattera micro-label who, after hearing my songs at home at night, decided to release them confidentially on tape first; without them, they would still be on my hard drive. Under the spell, Born Bad Records then entrusted Olivier Demeaux (Cheveu, Heimat) with the mission of mixing the 'best' tracks to give them the luster they deserve and make these few crazy and scattered tracks a full-fledged album. I asked Adam Karakos from Villejuif Underground, Guillaume Rottier from Rendez-Vous, Nikolaj Boursniev from Quetzal Snakes, and Milia Colombani who plays in half the bands in Paris, to play live with me. Pleasure Principle is located somewhere within a triangle formed by Francis Bebey, Add (n) To X, and Ludwig Von 88..."