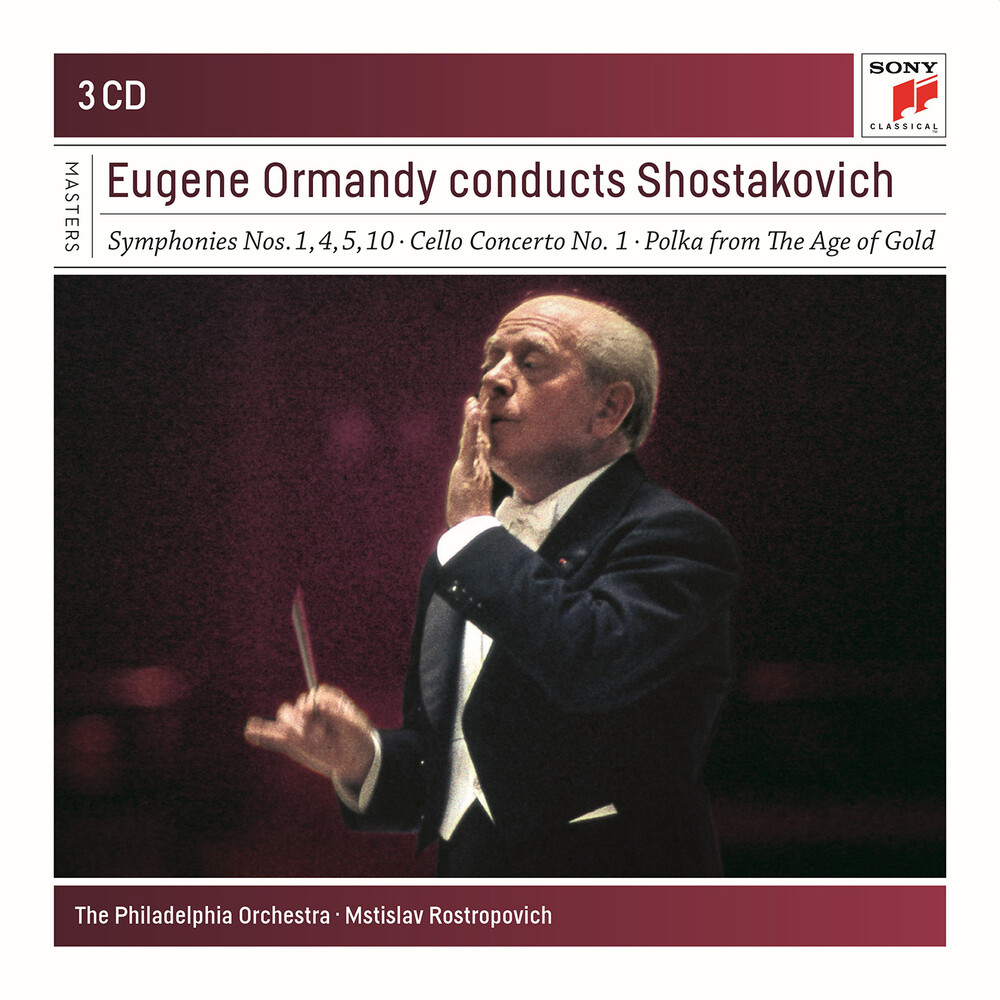 Sony Classical announces another ten releases in it's popular series of Classical Masters. This new batch of budget-priced sets contains major recording projects by some of the 20th century's most celebrated musicians. Two boxes in this new batch of Original Masters feature Eugene Ormandy and the Philadelphia Orchestra. Ormandy always had a special affinity for Russian music, not least that of Shostakovich. In 1963, he became the first to perform and record Symphony No. 4 on this side of the Iron Curtain. As BBC Music Magazine wrote in 2012, "the high-temperature recording of Shostakovich's Fourth was made in 1963, only three years after the composer had allowed his 24-year-old monster to surface in Soviet Russia. The engineering of the day cowers before the work's many screaming climaxes, but the woodwind remain firm of purpose and the Philadelphia strings tear into the first movement's fugal madness like souls possessed. Their masterly, heartfelt phrasing in the Tenth Symphony gives the work the tragic stature it deserves, but seldom receives. The new 3-album reissue also contains Symphonies No. 1 ("This is certainly the version of the First Symphony to own" - Gramophone), No. 5 ("The Philadelphia Orchestra made the very first recording of the Fifth Symphony (under Stokowski), and they play it marvelously here... Ormandy has always shown a special feeling for Shostakovich" - Penguin Guide) and another premiere, the first recording of Cello Concerto No. 1, played by it's dedicatee, Mstislav Rostropovich in sessions supervised by composer. "It would be impossible", wrote Gramophone's reviewer, "to overpraise Rostropovich's performance of the solo part, which combines phenomenal technique with the complete musical understanding one expects of a soloist who has had the advantage of working with the composer. What is more, Ormandy and the Philadelphia Orchestra accompany him magnificently."