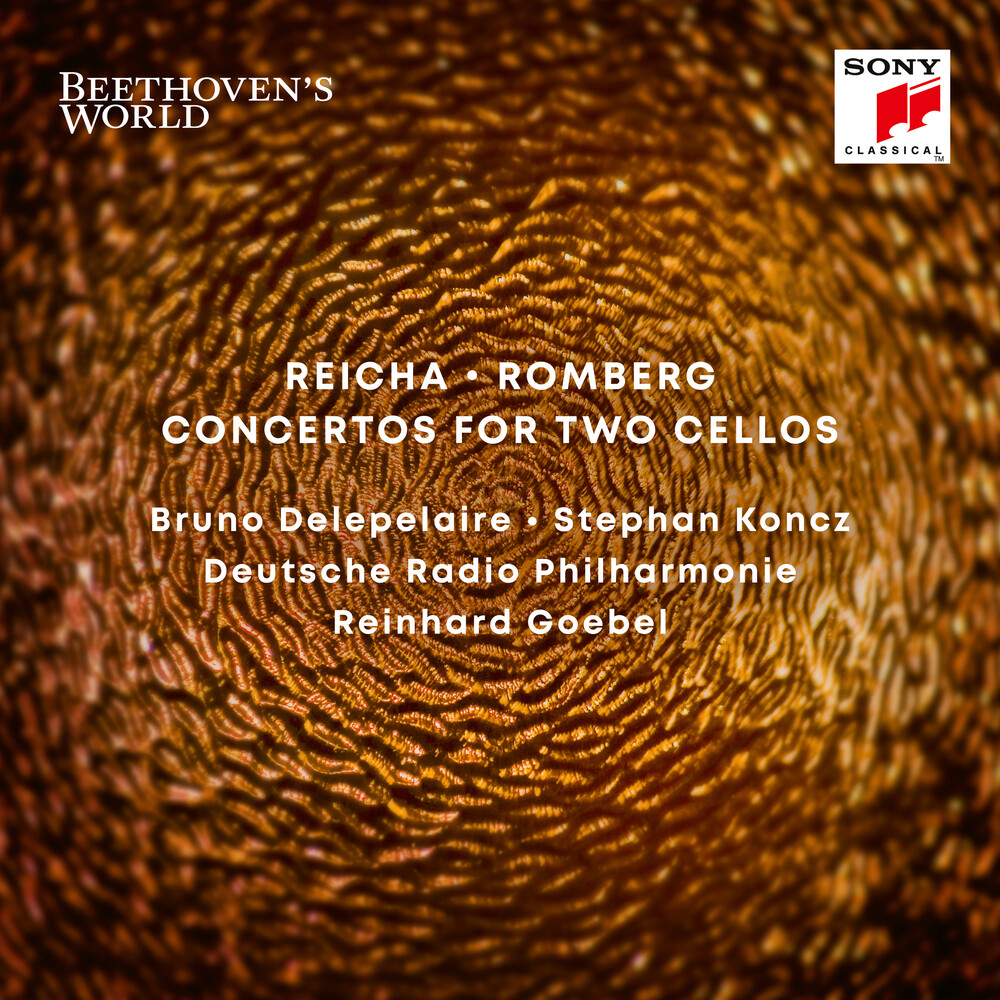 The first album of Reinhard Goebel's recording project "Beethoven's World" with violin concertos by Franz Clement (1780-1842) received great attention and excellent reviews worldwide: "If the discovery of Beethoven contemporaries, which Goebel has just signed up for the Beethoven Year, continues, it will be a fine year." (Die Welt). "Reinhard Goebel promises further exciting explorations of Beethoven's world after these two violin concertos by Clement." (SWR2) This recording is the second volume of "Beethoven's World" featuring two rarities by Beethoven contemporaries: Concertos composed for 2 cellos and orchestra are few and far between, and even fewer in the quality shown here: The Concertino op. 72 by Bernhard Romberg (1767-1841) is a world premiere recording. The work is a gigantic tour de force with only the most necessary breathers for the two soloists. The insanely virtuoso Sinfonia Concertante by Antonín Reicha (1770-1836) is full of creative experiments and shows clear references to Beethoven's musical grammar. These double cello concertos were recorded with the cellists Stephan Koncz and Bruno Delepelaire and the German Radio Philharmonic Orchestra Saarbrücken under the direction of Reinhard Goebel. Another work which is worth discovering in Beethoven's circle is the third piece on this album - also a world premiere recording: "Divertisment fu"r Fasching Dienstag" by the composer and Vienna Court Kapellmeister Joseph von Eybler (1765-1846).