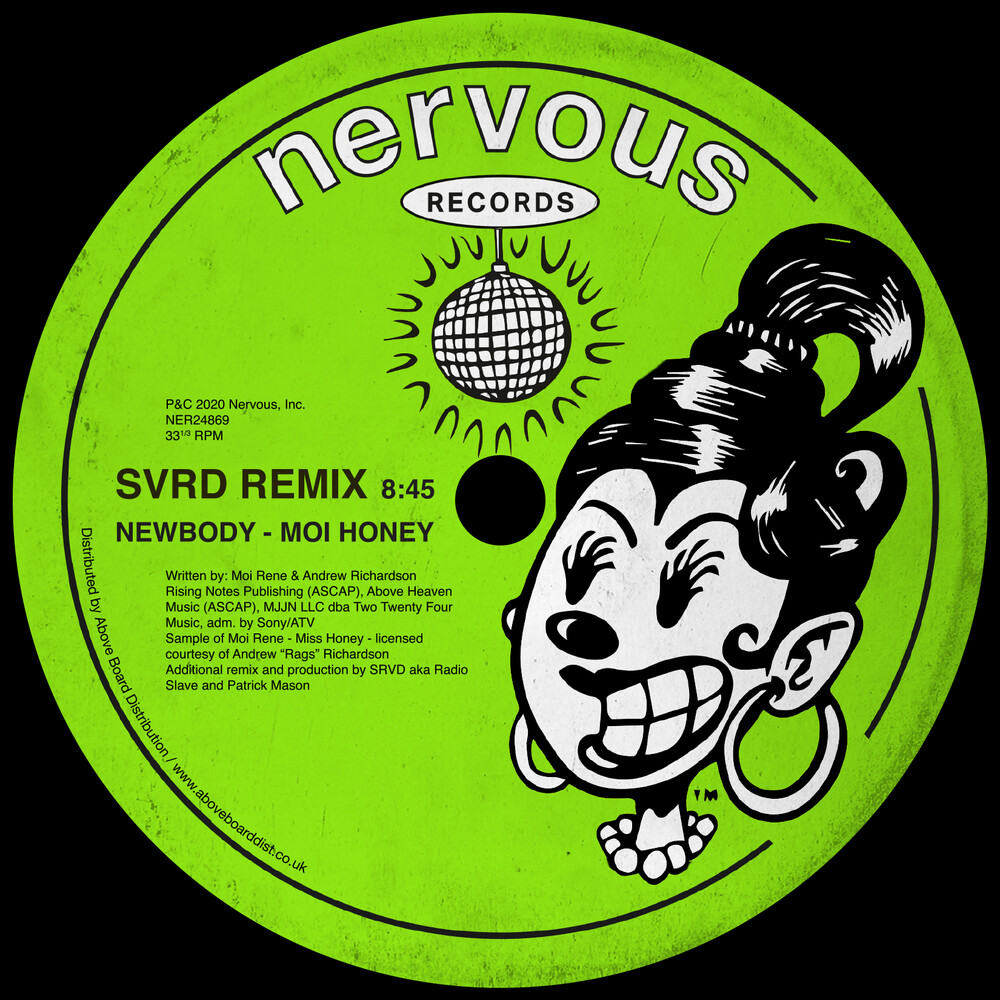 Twelve inch vinyl pressing. "Miss Honey" by Moi Rene was an underground New York anthem during the early '90s. While the artist and the song never fully got the acclaim it deserved, it's originality and authenticity was strong enough to sustain it's reputation as a must have track for any DJ who wanted to inject some raw and real NYC underground vibes into their set. Through a series of memorable releases, the production team known as SRVD has emerged as one of the worldwide DJ community's most original and innovative talents. Consisting of renowned producer Radio Slave and Performance arsist Partrick Mason, SRVD has done a remix that retains the New York-in-the-'90s edge of the vocal, while adding a techno - laced rocket fueled beat and synth that have made the track an immediate favorite of headlining DJ's worldwide. Entitled Moi Honey, the SRVD remix package consists of a vocal and instrumental version.