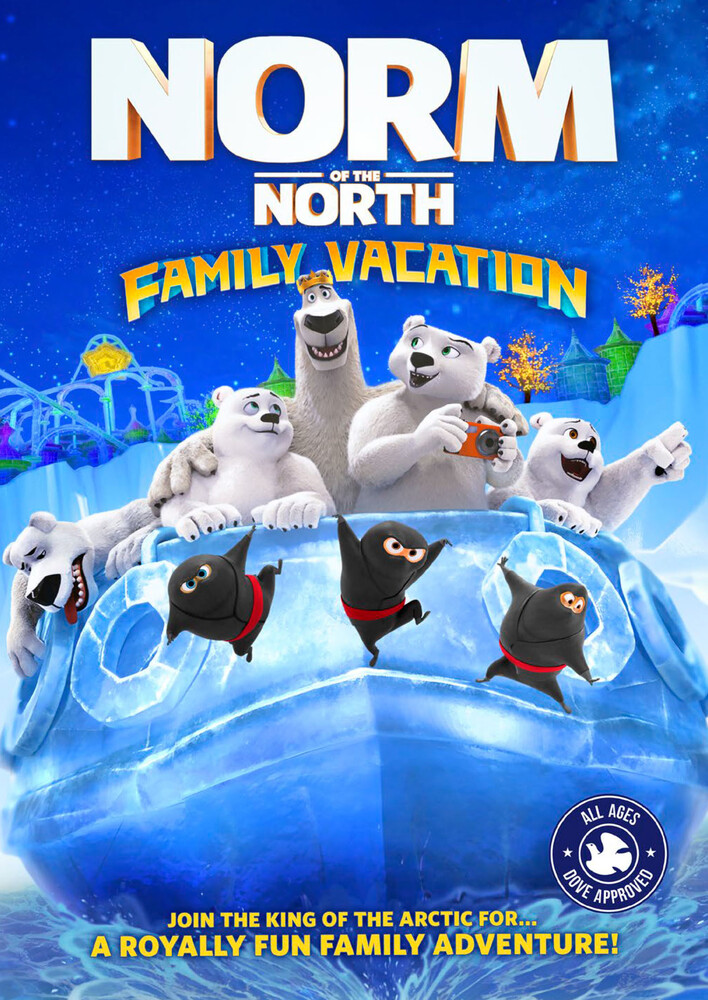 Norm finds himself unbalanced in life unable to give enough time to his kingdom and his family. While ruling, he is distracted by his desire to play with his kids, and when he is with his kids, Socrates nags him about needing to complete his kingly duties. Norm hits a new low, however, when he realizes that his crown has been stolen, taken halfway around the world to Harbin, China. Through some classic misunderstandings, Norm's family mistakenly believe Norms mission to retrieve his crown is actually a family vacation. Norm desperately tries to keep the truth under wraps as he searches for his crown and plays the role of attentive father. When Norm and the family arrive in Harbin, China's icy theme park city, they cross paths with Fu and his twin sons, Pete and Repete. Fu is the city's architect and de facto leader. As Norm tries to cover up his mission his family becomes extremely suspicious. Parting ways, Norm's family joins Fu for dinner as Norm goes off on his journey to find the crown. Just as Norm begins to suspect Fu as the thief, he finds himself trapped and locked away in a secret room with no way out. Feeling hopeless, Norm receives help from both the lemmings and his family who soon rescue him from the hidden prison. In an emotional heart to heart with Fu, Norm quickly realizes that his accusations were incorrect. Fu didn't steal his crown, but he may have an idea of who did the twins. With the help of his family, Norm and Fu's old home to confront the twins and recover the crown. Together as a family, they battle through snow, lighting, thunder, and snowblasters, desperate to retrieve the crown and get back to the Arctic before the end of the Northern Jubilee to save the Arctic from a cursed winter. A mission that was once just Norm's to bear becomes a true family vacation once they started to work together