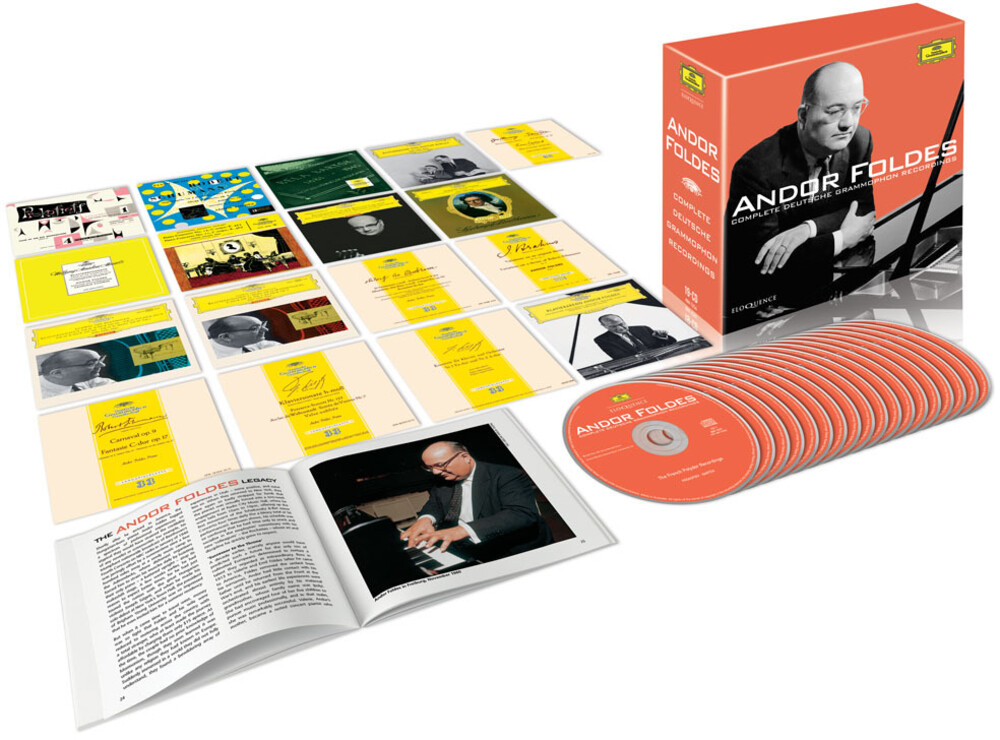 The most comprehensive tribute ever issued to Hungarian pianist Andor Foldes (1913-1992) renowned for his polished and self-effacing style, containing many recordings new to CD, freshly remastered and enhanced by an extensive booklet appreciation by Stephen Siek and rarely reproduced photographs from the DG archive. Writing in 1961 - not yet 50 years of age - the Hungarian pianist Andor Foldes cast his mind back to student days in Budapest, and to pre-war rehearsals led by Bruno Walter. 'We all were convinced that this was the way Mozart wanted his work to be played: without frills, without any undue virtuosity on the part of the soloist... Playing like one big happy family, in the service of a higher power - Mozart's spirit.' Throughout his career Foldes cultivated and emulated those qualities he discerned in Walter's artistry. Such modesty and assurance are the hallmarks of his recordings, beginning here with the Bartók and Prokofiev he recorded in Paris in 1949-50 and which was released on French Polydor. Memorably direct accounts of Grieg and Schumann were released on Mercury, before Foldes settled down with Deutsche Grammophon, the most lasting and symbiotically satisfying artist-label relationship of his career. DG's 1950s mono sound, analytical but not airless, was ideally suited to the Foldes sound, and he opened his account with the unlikely trio of Albéniz, Stravinsky and Virgil Thomson. Brahms, Liszt and Schumann classics soon followed: unhackneyed, freshly voiced interpretations of Romantic repertoire made in 1951-3, much of it receiving their first release on CD. Then came a wide-ranging survey over four LPs of the solo piano music by his teacher Bartók. These recordings were recognised for their authority and authenticity, and Foldes became especially prized in his adopted home of the USA as a specialist in contemporary music. He wrote well and often about new piano music by the flourishing generation of postwar American composers, and his recordings brought spice to the fairly heavy standard fare of the DG catalogue. Insightfully straightforward sets of Mozart and Beethoven concertos straddle the mono and stereo eras, before Foldes turned in the 1960s to the foundational treasury of Beethoven's sonatas - though an album of shorter works, plus a 'keyboard evening' of shorter pieces from Bach to Poulenc showed that he continued to bestow astonishingly clean articulation and devotion to the score to all his repertoire.