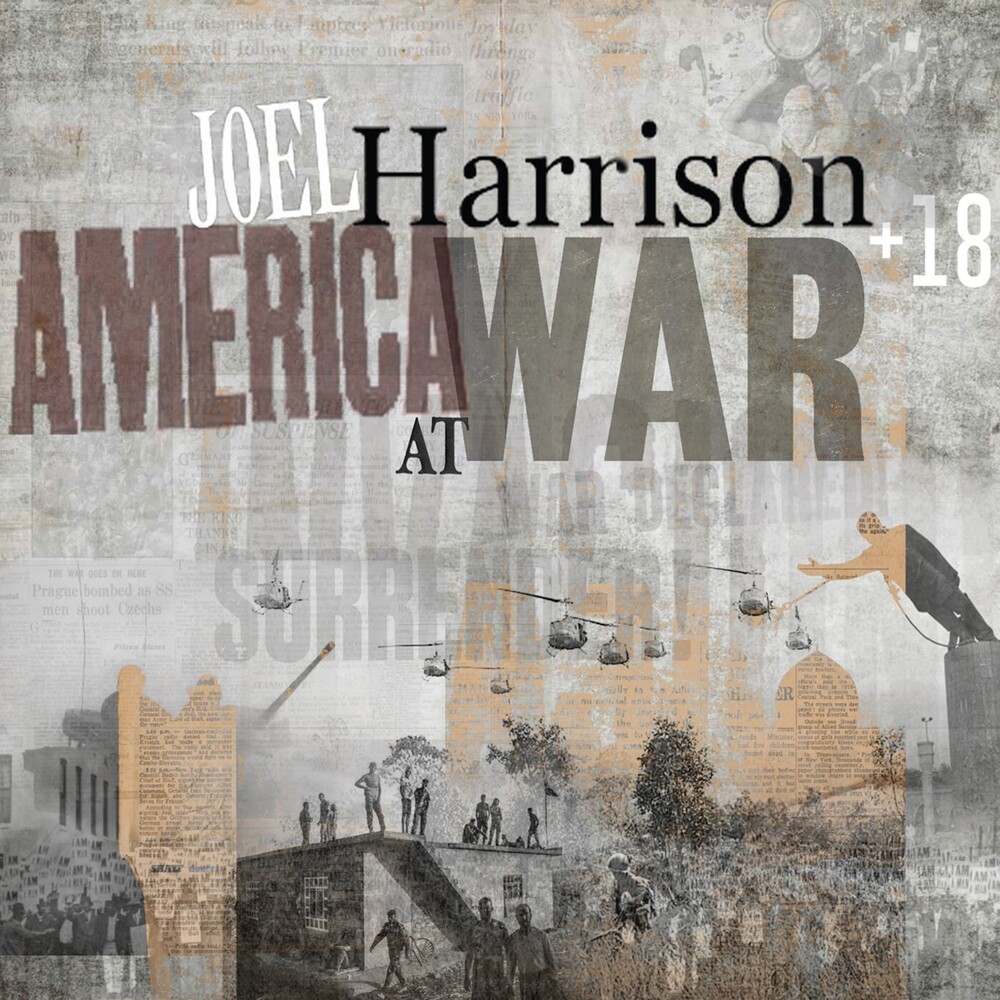 The United States has been in the midst of a foreign military engagement nearly every year since composer Joel Harrison's birth in 1957. This endless state of war has had lasting impacts on the country's wellbeing, and far reaching repercussions on generations of soldiers and their families. Guitarist and composer Joel Harrison's new large ensemble recording, The more that he wrote, the more effective the music became. Harrison then received grants from the Aaron Copland Foundation and the New York State Council on the Arts, which led to a revamping of the charts and a recording in January 2019. There were a number of goals: to create music with pathos and intensity, to utilize unusual orchestration such as timpani, The ensemble includes 18 musicians game to the task of presenting this demanding and emotionally charged music. Matt Holman was called in as conductor, and expert instrumentalists like trumpeters Ingrid Jensen, Dave Smith and Seneca Black, trombonists Curtis Hasselbring and Alan Ferber, and a "murderer's row" of woodwinds, Ben Kono, Jon Irabagon, Stacy Dillard and Ken Thomson, make the music incredibly rich and emotive.